You are here: Home / Consumer Electronics / CES 2023: Explore the Technology WE found Interesting. 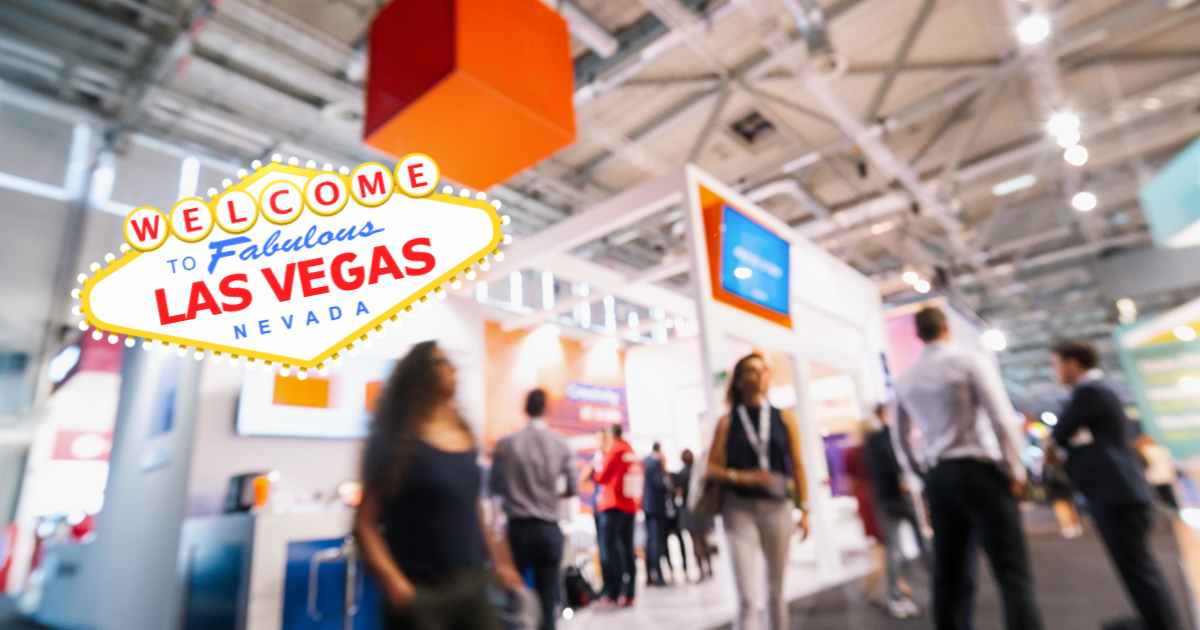 Here’s a rundown of products and technology that I thought was interesting and my thoughts on what is on of the most important trade shows in the world for electronics manufacturers and brands.

Why is CES important and how is it structured?

CES is one of the largest trade shows in the world and has been running since 1967. In 2019, 182,000 people attended, so it’s very popular. In fact, it’s still scaling up since Covid and is 30% smaller than at its pre-Covid peak.
Exhibitors come from all over, including China, HK, and Taiwan, but it’s fair to say that the majority of products on show here from manufacturers of almost every nationality will probably include Chinese parts of some description.

The largest electronics brands and auto manufacturers are in the Las Vegas convention center, but the Venetian and Palazzo host Eureka park which Renaud focused on as it shows a lot of startups. (00:39)

There was a strong Korean showing.

An interesting finding was that there seemed to be a lot of Korean companies exhibiting, and they seem to be putting a lot of effort into developing new products and marketing them in N. America. (05:46)

A lot of everyday products have been reinvented as ‘smart products.’ Some examples were a toaster offering different preferences per family member, cooking pans providing guidance steps when cooking certain items, telescopes that have some kind of augmented reality that show the viewer points of interest near to where they’re focusing at any given time, and dog bowls that keep track of how much food a pet has been eating. Also, smart thermostats inspired by ‘Nest’ are popping up as interest in saving energy increases, smart showers that provide more control over flow and can mix in soaps for bubbles, and smart bird feeders that capture and display which birds are visiting your garden and identifies their species and how much they are eating were on show.

Home and office security cameras are a popular category, as well as cameras used in the home for monitoring babies and pets, and those used in vehicles.

The only problem with all of these ‘reinvented’ smart products is that they may be fun or interesting for a while, but ultimately they may end up in landfill in many/most cases. (07:04)

Products that are more revolutionary.

Products that help with sustainability and circularity were very interesting and are a category gaining traction these days with the shift to becoming more environmentally friendly in action.

A device that purifies and repurposes wastewater in the home, for example taking shower water and feeding it into the toilet instead of it going down the drain, is one example. Another is a Korean company who have made a device that can recycle Lithium batteries…as we know, dealing with the millions of batteries ending their lives each year is an increasing problem, especially for the environment.

Trackers were common, even for pets which allows their health and activity to be monitored, and technology has advanced to the point where it’s now easy to track any number of health and movement goals.

Robots are also more commonplace, ranging from intelligent robot vacuum cleaners, to delivery robots, robot assistants for ill and disabled people that can fetch and carry items, to a robot barista that was able to consistently make a good cup of coffee. (10:16)

There were a lot of products for health and to assist people with certain disabilities or illnesses, such as glasses that transcribe what is being said for deaf people who are speaking with someone or a badge that transcribes what you say when communicating with deaf people. Also, there was an application that helps track daily medication and provides reminders.

While they may be impressive, conceptual products like a hydrogen-powered flying car, are more of a showcase for future tech and the exhibitors perhaps aren’t even sure how it will ultimately be used. (12:16)

The metaverse is quite a buzzword and it’s being used for gaming a lot right now, but companies are looking at how to immerse users into virtual reality with screens and lights more in future. Different wearable products with haptic feedback, like gloves and suits, were on display. AR and VR glasses and headsets are smaller and better. The trend seems to be that people will interact more in a virtual world with technology, and so companies are developing technology for it, retail in particular.

Motion capture is connected here, and there were gesture controllers for TVs that caught the eye. (14:19)

HiSense, a Chinese company, was showing a cool laser projector that generates a large ‘screen’ on a wall and can be as close as under 50cm from the wall.

LG displayed a fridge with transparent walls so you can see what is inside without opening it and waterproof earbuds that are IP67 for use by swimmers.

There were niche technologies for the aerospace industry, such as anti-icing applications for wings, but also an AR display for airports that visually show where planes are even in heavy fog to augment what air traffic controllers can see.

VR training seems to be useful, so workers can be placed in a training environment and shown how to make certain gestures, such as for work in dangerous situations.

Health tech that monitors and provides data and suggestions to the user were popular and offered all kinds of applications such as testing sweat and urine, checking blood glucose levels, listening to digestion, monitoring blood gas levels, and more, but the smart way these applications are being delivered is through existing smartphone technology by using the camera, mic, etc, so it’s very accessible. Another interesting use of smartphones in the health space was the user’s ability to take a video of their face and then an application measures the blood flow etc and provides health suggestions such as risks, exposure to stress, biological age, etc, which can suggest whether a proper medical examination is required. (17:40)

EVs unsurprisingly featured strongly and there were cars, bikes, snowmobiles, autonomous wheelchairs, etc. A very light concept car was run mainly by solar and only had small batteries, so using solar panels in vehicles looks like a future trend for sunny countries. Being able to avoid using hundreds of pounds of lithium batteries in future vehicles is definitely a green approach. (23:58)