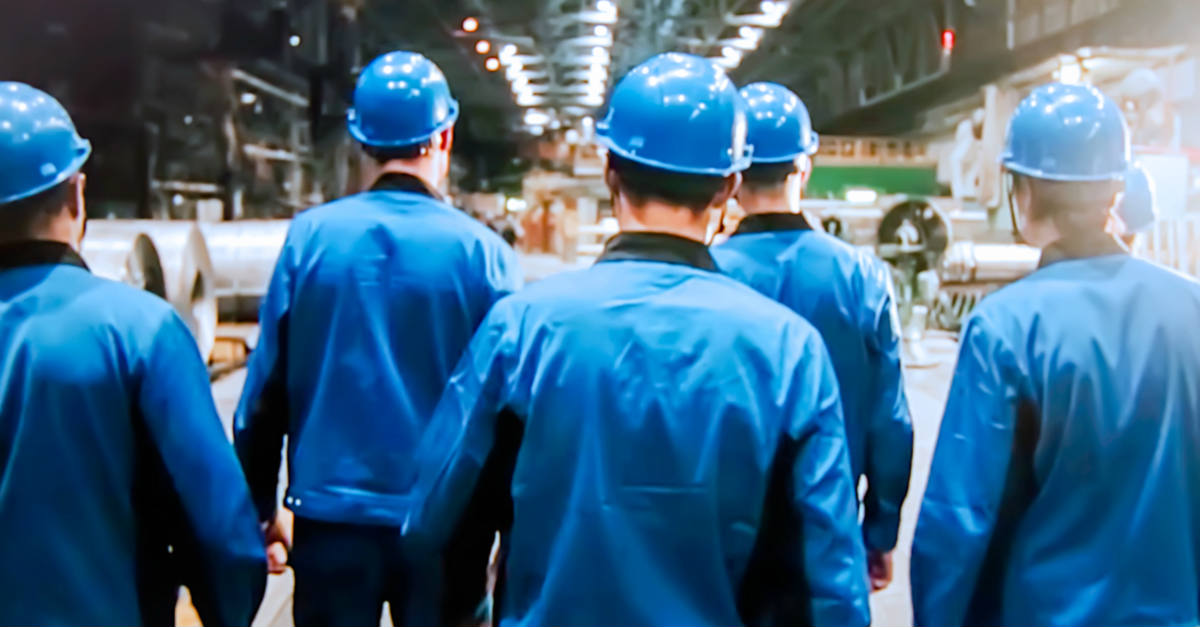 One of the first things we look at, during factory audits, is the organization chart. And it often points to serious operational dysfunctions.

The ISO 9001 standard does not require an org chart to be prepared (it only asks for the definition and communication of authority lines). It is a very common document, though, and many Chinese manufacturers fall into the same pitfalls.

Mistake 1: not having a quality department

Most small workshops don’t have personnel dedicated to checking quality on a full-time basis. The problem is, very often nobody checks quality at all! That’s a serious problem and only importers who can station inspectors on site 24/7 should do business with such suppliers.

Mistake 2: placing the quality department under the production manager

The production department’s focus is naturally to get products out of the door fast, while keeping costs down. So there needs to be someone with authority to say “stop” when quality requirements are not met.

If that someone (the quality manager or one of his subordinates) reports to the production manager, there is an obvious lack of independence.

Mistake 3: placing the planning department under the production manager

In most well-managed factories, the production department is evaluated on the efficiency of each of its workshops. The efficiency rate is the planned theoretical time divided by the actual production time.

If planned time for completion is set very low, efficiencies will be artificially high and the production manager won’t have to push his team too hard.

Who sets the planned time? Obviously, the planning team (based on the “standard” time for each part, which is provided by the product development and/or industrial engineering teams). Therefore the planning manager should not report to the production manager.

Mistake 4: not placing maintenance under the production manager

I see two reasons why maintenance should be managed by the production manager:

Mistake 5: not having an IE department

I see many factories in China that employ more than 500 workers but don’t have an IE (Industrial Engineering) department. But, in the long run, a good IE department saves a lot of money to a factory.

Such a department focuses on making the work easier, safer, and of higher quality (among other things). To that end, it designs jigs and other tools, it improves the layout and the flow, it reconfigures the equipment, and so on.

Mistake 6: burying the HR manager 2 or 3 levels below top management

I don’t know any company operating in China for whom human resources management is not strategic. A good HR manager improves the average skill level, reduces turnover, prevents most accidents and suicides, and helps create a strong culture. This function is at least as important as finance or general admin.

In China, inflated titles are very common. Here are a few examples of misleading titles:

An example of sound org chart

Criticizing Chinese companies can make for a good reading, but I guess there is value in being useful too. Here is how I would design an ideal factory’s org chart (I had no space to represent the support function such as HR, sales, etc.). 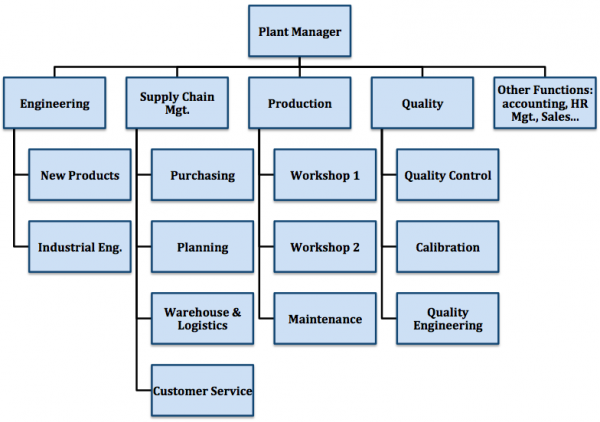