You are here: Home / Eco design & MFG / How Environmental Regulations Will Force Changes in China Sourcing 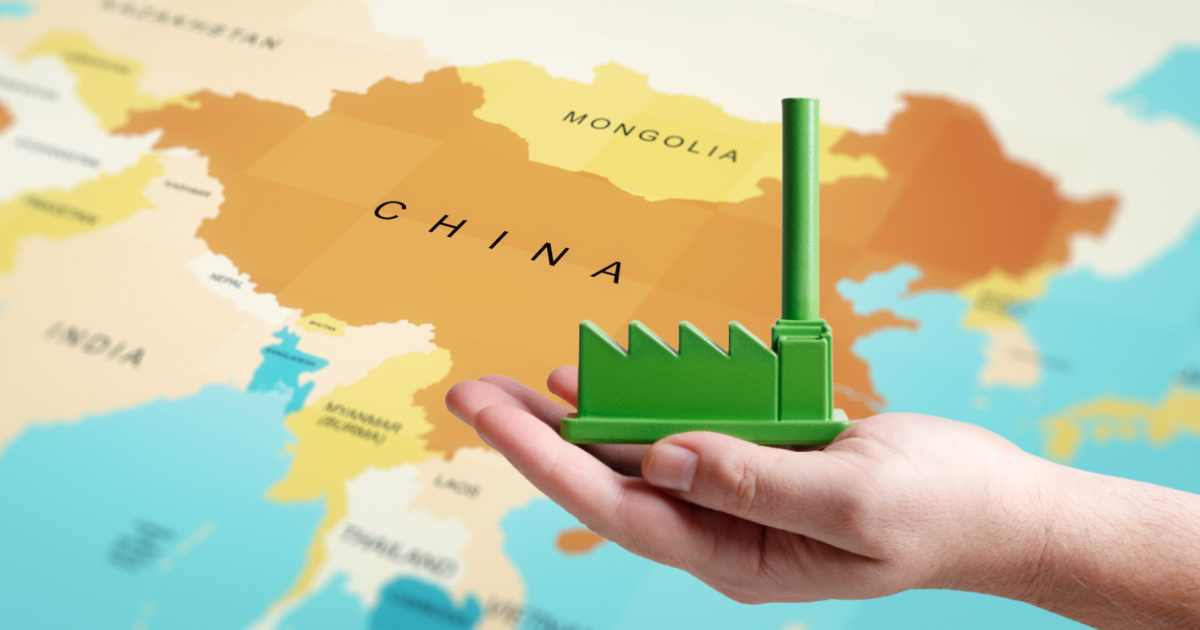 This past week, it has become quite apparent that governments are accelerating the pace at which they pass environmental regulations to force businesses to help mitigate the climate & biodiversity crisis.

Unless you have been living under a rock recently, you have heard about COP 27 that is being held in Sharm El Sheikh. Many prominent figures have called for concrete measures.

As Clive Greenwood and I mentioned in our podcast of 4 November (9 days ago), Not Assessing the Environmental Impact of Made-In-China Productions? Big Mistake.

It is a wide topic, but calls are getting more and more pressing.

Here is an example: Businesses call for nature impact disclosures to be mandatory by 2030

More than 300 businesses, including H&M, Sainsbury’s and Nestlé, have urged world leaders to make it mandatory for companies to assess and reveal their impact on nature by 2030.

Businesses and financial institutions in 56 countries – including the UK, Canada and China – are pushing for governments to agree to the disclosures at Cop15, the UN biodiversity conference being held in Montreal this December.

The idea is that, without a structured consistent methodology, it is too easy for many companies to ‘greenwash’, that is to pretend they have been working hard on reducing their environmental impact while actually doing very little that is substantial in that regard.

As we wrote in How To Do an LCA? (Measuring a Product’s Environmental Impact), an LCA’s scope can be set in different ways, even if one follows ISO 14040 and ISO 14044 strictly. It opens the door to pretty large variations in the way to report one’s impact, and that’s a big problem.

A number of new regulations have been announced

In the EU, the Corporate Sustainability Reporting Directive (CSRD) has just been adopted. Soon, about 50,000 companies based in the EU will have to report on environmental, social, and governance (ESG) criteria. Relatively large subsidiaries of non-EU firms will also have to comply.

The objective is to make it harder for polluting companies to raise money at a high valuation, and to push companies to make efforts in improving their ESG performance.

The modalities will be made public a bit later, but it’s already clear that many more companies will have to collect data about their supply chains. Including when their products are made in China. Even if they work with a supplier that is not transparent about the way some components are made. There will be no excuses.

What should midsize EU companies importing from countries like China do?

They don’t have to issue reports just yet. But they need to start preparing. The earlier, the better.

And, in parallel, you will need to work on your current supplier base. Which suppliers will need to be reduced/pushed out? Plan for it.

What about the USA?

They are also working on regulations: In a bold new move, Biden Administration makes CDP’s model the law.

Basically, all significant federal suppliers will have to disclose their greenhouse gas emissions and environmental impact, and they will have to set science-based reduction targets.

This is also about reporting the environmental impact, like the EU’s CSRD directive, but it is also about setting targets and showing they are working toward those targets. Analysts seem to think this will help move the needle.

On a related note, US Customs & Border Protection is starting to request serious evidence that the polysilicon in solar panels is not made in a certain province of Western China… Thousands of shipments are currently blocked. This is about social compliance (avoiding forced labor) and not at all about the environment, obviously.

Now, imagine the US Congress passing a law that forbids the use of certain highly-polluting processes, and they count on the US Customs & Border Protection administration to police all the imports. That could also have devastating effects on some importers.

Oh, and have you heard of other large efforts by various governments to mitigate climate change?