You are here: Home / Good Articles / How did Apple build a winning supply chain in China? 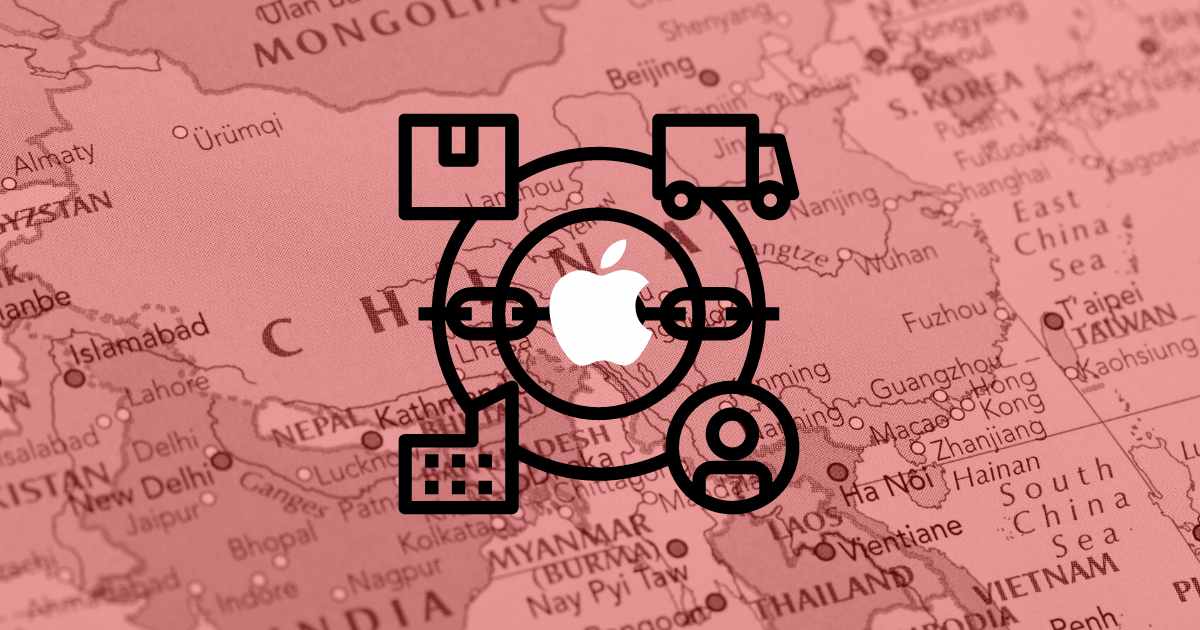 Two recent FT articles look at how Apple set up a successful supply chain in China that helped them dominate rivals, how they handle their NPI process in a very hands-on way that provides great results, and how their close relationship with China might be damaging long term.

Here are our thoughts on these topics and more and some of the learnings that it’s possible to take from how Apple operates in China, Vietnam, and India.

🎧 How Apple Built a Succesful Chinese Supply Chain, and are they TOO Reliant on China?

The topic: A focus on Apple. How they built a successful supply chain in China, and whether are they too reliant on China now.

Journalists sometimes have a simplistic view of what it takes to get Apple products to market and they focus on the big names of Jobs, Cook, and Ive, too much at times. A lot has been going on behind the scenes in China and elsewhere for decades now in order to get Apple to the position of dominance that they’re currently in, such as its focus on designing and testing new production processes as well as products. We’ll dig into that here. (01:20)

“I want to make a product with Apple’s quality and design.” Realistic?

Do you have a first-class design studio to do industrial design? Do you have deep product engineering skills and talent to get the same UX? Do you have a supply chain as broad as Apple? If the answer is no to any of these questions, then creating your new product at the same standard as Apple’s may not be 100% realistic.

Apple doesn’t just outsource to contract manufacturers. They are extremely hands-on and get their CMs to use their own proprietary production processes much of the time. (04:00)

Finding new suppliers to keep the pressure on their supply chain and get the best deal possible.

Apple moving some manufacturing away from its traditional Taiwanese partner CMs to Chinese competitors is seen as a negative due to the negative outlook on China, but it makes good business sense because if the up-and-coming Chinese CMs do a great job and provide a good deal, then it keeps pressure on the rest of the supply chain to also compete for their business. Apple’s purchasing group is well-known for having a cycle with most suppliers, except for the very key ones, squeezing them by introducing new competition. (08:06)

Apple has 15k of their own staff in China. What does this mean?

It’s about controlling the supply chain and getting the best results possible. A lot of these staff are engineers who follow up on progress and work deep within the supply chain. They will investigate all nodes of the supply chain to make sure that everything reaches Apple’s exacting standards.

Because of Apple’s perceived quality and expectations from their customers for perfectly reliable products with modern designs and great performance, the investment into having so many hands-on staff in China is worthwhile to protect their brand, as even a small defect rate could really affect the brand image and share price. (11:26)

Apple may not own the factories, but they do own a lot of the equipment. Why?

People assume that since Apple works with CMs that they don’t own the factory or equipment used, but it’s not the case. Apple uses unique production processes that they designed and had to purchase production machinery that no one else has or uses to carry out the manufacturing. In $2012, for example, they owned over 7 billion in equipment and this number is still in the billions today.

Why make this investment?

They control the machinery being used to produce their products and they monopolize their use, by being the only ones that have these sometimes unique pieces of equipment. An example given is the CNC machines being used to create the MacBook bodies from a single block of aluminum – this process was previously only used in prototyping and die casting would have to be used in mass production to be scalable and better value, but Jobs wanted the quality of CNC machined prototypes in mass-produced laptops and so they purchased a huge fleet of 10,000 of the right CNC machines to do so. (17:47)

They get sub-suppliers to commit to building custom parts just for them in large quantities.

Apple knows that suppliers value working with them, so it uses its power over them to dictate exactly what they should make and in what quantities. These are often custom parts.

Most importers choose off-the-shelf parts wherever possible, as custom parts tend to be expensive and prone to a lot more risks (quality, reliability, etc) than tried-and-tested standard parts, but not Apple. In order to retain their cutting-edge designs and dominate the competition, a lot of custom parts are required. Most SMEs, for example, can’t afford to risk using too many custom parts, so they tend to make compromises when it comes to design and features. That’s how Apple differentiates itself. (23:32)

CMs like Foxconn work on a low margin of maybe only around 2 or 3% for assembly, producing huge quantities instead. But where they actually make their margin is on some of the components they produce for Apple which they sell at a higher margin. Foxconn, for example, is state-supported by the Taiwanese government, so as long as they keep on bringing in huge business from Apple everyone is happy. (27:27)

Giving away too much control and technical know-how is not the Apple way.

Apple’s phone competitors gave too much control to outsourced Chinese manufacturers and over the years they gained a lot of technical know-how and built up a mature supply chain ecosystem (initially to serve the foreign brands) to the point where Chinese companies like Huawei, HONOR, Oppo, Vivo, and Xiaomi now outcompete brands like Motorola, NOKIA, Sony Ericsson, and even Samsung in China at least. Apple retains more control over their CMs in the ways outlined before and so is not really competed against in the same way as they retain their differentiation as a luxury product due to their design, UX, and product quality which competitors can’t access or mimic as easily. (29:29)

Apple’s attempts to diversify supply chains into Vietnam and India.

In recent years, Apple has been moving some of the manufacturing of important products like the iPhone to Vietnam and India. China’s big strength is that it has a responsive supply chain that allows companies to build complex products at scale. Vietnam and India can’t scale up production as quickly as China at the moment, but Apple is betting that in years to come more component suppliers will relocate there and the supply chain will become more mature and responsive. India, at least, does have the population to provide the large numbers of staff needed for a fast ramp-up to meet seasonal demand if the supply chain allows it. By doing this Apple’s strategy is smart, because it pressures component suppliers to move to Vietnam or India if they want to retain the business. (35:27)

Leaving China entirely is probably not in Apple’s plan, although they may have a contingency for serious scenarios such as a war between China and the US or American allies. Even if the assembly is moved abroad, removing China completely from its supply chain is almost impossible as there will almost always be specialist parts that are only made in China and then shipped elsewhere if necessary.

The article paints a grim picture of Apple’s reliance on China, but with annual sales of $74 billion accounting for a fifth of its revenue, it’s unlikely that Apple would seek to decouple with China completely as it is a key market as well as manufacturing base. If that sales figure dropped drastically, as it did with Samsung which has basically exited the China market now after being crushed by the Chinese brands, perhaps things might change.

It’s logical to assume that Apple is making a great effort to keep on the right side of both the US and Chinese governments, and perhaps the relationship with the latter is even more important because if the CCP felt slighted by them they could force Apple out of China, whereas it would seem unlikely that the US government would go to war with one of the top companies in the USA/world.

What political commentators get wrong is that Apple is not ‘all in’ in China at all. Many components are from all kinds of outside sources, such as Korea, Malaysia, Taiwan, and even the USA in some cases. (40:07)