You are here: Home / China Insights / What Does a Re-Opened China (Without Quarantine) Mean for Foreign Business? 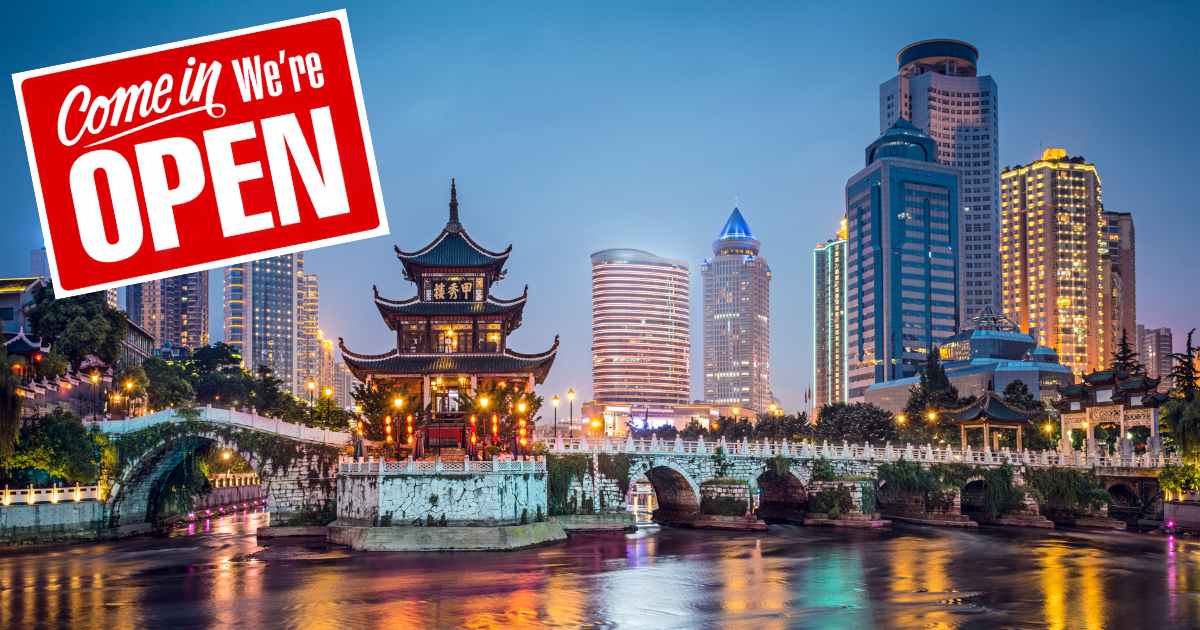 After years of fighting to keep covid outside of China, the surge in infections in October and November forced Beijing to choose between enormous lockdowns and the abandonment of the ‘zero covid’ strategy. They opted for the latter, under pressure from the population.

Nearly all restrictions have been removed by the government. As a result, over the past couple of weeks, a gigantic wave has hit a good chunk of the population.

What does it mean, from a business perspective, for foreign businesses?

It depends on the time frame.

It means many people are sick and are working from home when that’s practical.

I haven’t heard of one factory that we work with that hasn’t had to reduce their production numbers. Partly because of bed-ridden people who were shocked by the virulence of what they expected to be “just like a cold”.

To make matters worse, many migrant workers have already moved back to their hometowns, making the worker shortfall more severe. And many component suppliers have already gone on holiday.

In the short term

Short term = In the coming few weeks until CNY: I am sure many foreign buyers, and many managers in companies that have a subsidiary in China, are eagerly awaiting 8 January, when they can fly in without the need for quarantine.

If at all possible, I’d advise you to wait until after Chinese New Year. Hopefully, you can spend some time with your suppliers, or with your teams, between the first and the second wave. That’s quite unpredictable, though.

Remember, all hospitals are overwhelmed right now (and you probably don’t want to end up in a Chinese hospital in an industrial district somewhere in Shandong or in Fujian, do you?). Not a good time to run into health issues.

Hong Kong will probably act as the main entry gate to China for a few months. One will be able to land in HK, have a few meetings there if needed, and go straight to Shenzhen, all without quarantine.

And, of course, both domestic and international airlines have announced plans to gradually resume regular routes to cities like Shanghai, Beijing, Guangzhou, and so on.

All that air traffic will make air freight easier and cheaper, too.

In the longer term

There are many more unknowns.

Will other countries be afraid of mass infections and possibly a new deadly variant? That’s a contingency to contemplate seriously.

(I took a flight out of HK two days ago, it contained more than 50% mainland Chinese, and several were coughing their lungs out. That led me to wonder if that may prompt some countries to set restrictions.)

I read that some people in Germany are starting to think about it. And Japan has already taken measures to reduce that risk.

Restrictions are more likely to appear if Chinese tourists start flying out in large numbers, possibly to get away from the risk of getting sick, and potentially carrying the virus around with them. With hundreds of millions of people catching covid at the same time, many people fear a new dangerous variant, which may change the situation considerably.

Will the manufacturing transfers, for example from China to Vietnam / India / Mexico / Poland, be reversed?

In a few cases, probably. There are always companies that make a mistake, realize it, and correct it.

For the most part, no way. It is driven by a change of perspective — specifically, a new understanding of the importance of structuring supply chains in a way that mitigates very high-impact risk contingencies. One of those contingencies is seeing China get excluded from the international community in the same way as Russia.

International groups have now launched a quiet yet concerted effort to cut their reliance on China’s sprawling network of components makers, according to industry executives and supply chain experts.

“There is a large-scale rethinking of logistics operations [across the industry],” said Ted Cannis, a senior executive at Ford. “The supply chain is going to be the focus of this decade.”

Also, see Manufacturing Outside China: Apple Likes It and You Should Too (by Dan Harris) on that same general topic.

Will it have a massive impact?

Yes and no. Many large companies are rebalancing their reliance on China. But I also don’t see China’s manufacturing output falling off a cliff.

China’s massive industrial complex hasn’t moved, and if anything it has kept investing in further mechanization and automation. It can’t just be discounted easily. For small or midsize companies that are planning properly, it is often the best place to develop a complex new product, and I don’t see that changing soon.

Will many foreign firms that develop their own products keep falling into the trap of a “turnkey opaque solution”?

I hope the USA regulation about forced labor, the upcoming EU regulations about due diligence in supply chains, among others, will force some of the importers to do more work to know who manufactures the components that go into their products. I am not sure about that, yet…

Will FDI from midsize European and American companies resume at the same pace as before covid?

Excluding a few very large transactions, foreign direct investments in China fell off a cliff over the past 3 years. I’d expect it picks up, but it may well remain well below the levels of 2018/2019.

I see boards of directors consider China as a major source of risk, going forward. And that obviously has an impact on their willingness to invest. If they don’t plan to sell in China, they will prefer not to expand their presence there.

Will Chinese citizens be able to travel as freely as before, and will the country remain open in general?

Another, related, question is, will their students find it as easy to go to North American, Australian, and British universities? They are perceived a bit differently now, especially in scientific and high-tech sectors, but I haven’t read of any real pushback from the welcoming countries.

Some friends in China told me a lot of signs that were bilingual are now only in Chinese. And it seems teaching English to kids is now a lower priority. Let’s see if those trends continue and what that will mean. After all, many Americans have no passport and can’t speak any other foreign language, and their country is quite dynamic and attractive…

Will a lot of Western people go back to China to live and work?

To be sure, there are still people that China attracts. But the mix of people is rather different from what it was 10-20 years ago, with a higher proportion of Asians.

Will it get Westerners to come back? This will depend on the answer to the two previous questions.

Many people see China as a high-tax country that doesn’t follow the examples of Western countries and can enforce brutal policies. However, if opportunities abound, Western bars re-open, people show a positive attitude toward Europe and North America, and more generally it becomes a more attractive place, more people will come. But I don’t see a big reversal of the recent trends.

What about you? What do you think?

Five years from now, I might have to admit I got many of these predictions wrong. My degree of confidence is not very high — many things can happen. A very aggressive US Congress, on its own, can accelerate the “decoupling” trend dramatically. Wait and see…