You are here: Home / New Product Development / How to Increase Speed of Developing New Products in China

Developing new products in China, especially if they’re customized, is not an easy task.

Many new products being launched using crowdfunding platforms such as Kickstarter have delays – in some cases, they are more than 6 months late. (See the typical delays we have observed here.)

Actually, delays have to be expected if the business founders have no prior experience of manufacturing in China. Unless they get really lucky and pick a supplier that happens to be a very good fit and to complement the founders’ weaknesses, there are just too many opportunities for mistakes.

So, how can a company minimize delays, and even save time between the start of development and the shipment of the first batch? Here are the three most important things you can do to this end.

We have found that the factory’s size plays a large role. Let me explain why.

If the product is relatively simple and the projected order quantity is not huge, you will probably be better served by a company that employs 50 to 400 workers. Some Chinese factories are focused on just a few fabrication processes and on assembly and can deliver good quality.

If you go for a larger organization, they will be slower and less flexible. But they will be a better suit for complex product developments. They will have much larger resources and longer experience.

Another key element is the need to identify and vet the main supplier as well as a backup. If you start from scratch, this step might take you 2-3 months.

By tapping into the network of a local agency, you might be able to skip it and save a substantial amount of time – not to mention, it reduces risks a lot if that recommendation is indeed well suited to the project.

2. Send someone on site (in the factory) to speed things up

Have someone on site during sampling and then at certain phases of production. It brings several benefits:

An example of how this works would be sending an engineer at the supplier’s factory during sample preparation. The engineer could review the samples and make a decision instantly if changes are required, or sign off the samples as approved on the spot. This saves one or two weeks on the overall project plan by not having to send the samples to your office, you then reviewing the samples and providing feedback, and finally, the supplier taking action.

Remember, Chinese manufacturers can get excited quickly by a new project but can lose their interest and start to focus on another project just as fast. Keep the pressure on and avoid dead time!

Plan the complete project. Include all the steps that will be necessary, and then assess where shortcuts might make sense.

First, work on planning. There are now many software solutions that can help you draw a project plan and then show it visually as a Gantt chart. It can be pretty but don’t stop here.

Make it S.M.A.R.T. Communicate with the different parties what they are expected to do, by what date. Then stay on top of it. Micromanage it. That’s how you will notice that a schedule is starting to slip, and that’s how all parties will understand that timing is VERY important. 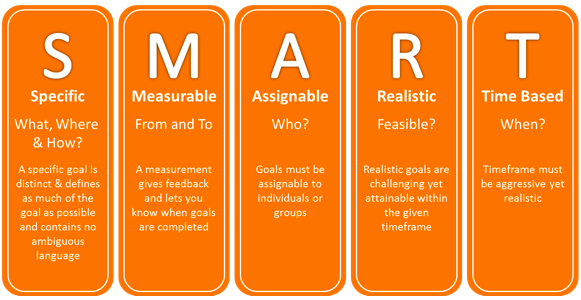 Once the plan is laid out, look at each step and ask yourself, ‘is it worth the risk, or the extra cost, to take a shortcut here?’

Here are three examples of shortcuts.

Keep in mind the risks associated with these shortcuts!

There will be times when trying to go faster just does not work. A poor decision can add delays to your project.

For example, one customer was looking to carry out FCC tests for approval of a Bluetooth product. One of the international testing laboratories provided a quotation with a deliverable of four to five weeks. The customer was keen to get this completed quicker, so we found an alternative lab who quoted one to two weeks. The customer was warned about the risks, but went with this lab and ended up paying twice as much (rush fee)… And in the end, it took six weeks to complete!

A new product development will always come with unknowns and risks. The more complex the project, the more delays and cost overruns can be expected. You can count on this rule!

However, the good news is that there are solutions to mitigate risks. Add some process (plan in details, stay on top of what happens), work with the right partner, and make calculated bets.