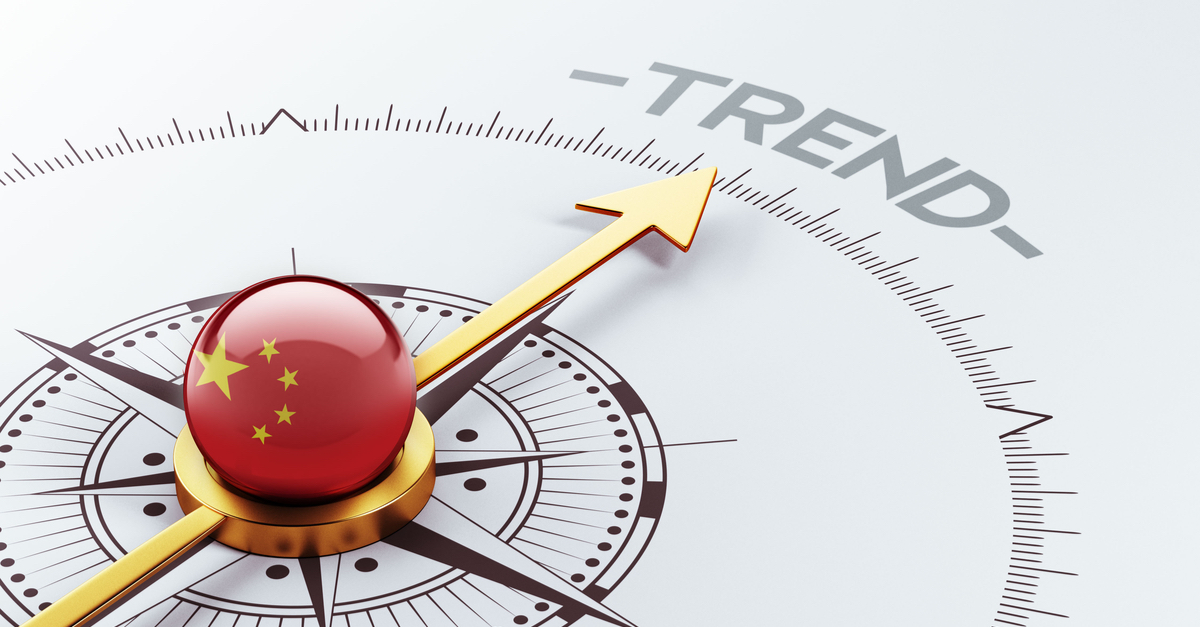 There have been a couple of interesting articles about future trends in China manufacturing.

Dan Harris on the China Law Blog pointed to a well-researched WSJ article (How China Is Changing Its Manufacturing Strategy — It hopes to keep low-cost factories and attract high-end ones).

The author argues that manufacturers of low-cost, low-complexity items have, for the most part, not disappeared in China.

The central government is concerned about losses of low-end manufacturers to other countries and so is giving them incentives to move to lower-cost parts of China. But at the same time, it wants to raise wages and spur consumer demand by developing more high-tech manufacturing, such as semiconductors and robotics.

How did China keep its “cheap” factories open?

China has managed to hold on to low-end industry far longer than its Asian neighbors at a similar stage of development. Government incentives, subsidies, the large domestic market and good infrastructure that encourage companies to remain onshore all play a part, says World Bank economist Karlis Smits. 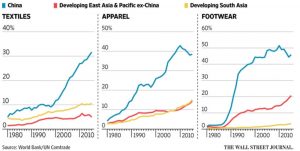 At the same time, China is actively preparing the next cohort of manufacturers… Those that make much more use of new technologies.

China is pushing its companies to automate, boost research budgets and make more higher-value products. It has also encouraged companies to acquire European and U.S. rivals with advanced technology. Beijing has targeted 7% annual growth for manufacturing and a 15% jump in corporate investment to support industrial upgrades between now and 2018.

On his side, Fredrik Grönkvist on ChinaImportal points to the fact that the strong changes most people expected haven’t happened.

A couple of years ago, the talk was all about how Chinese suppliers would depart from the east coast and head in droves to the inland. That didn’t happen.

Instead, China’s East Coast grew into an even stronger manufacturing base. Shenzhen is the brightest shining star, and has cemented its position as the World’s center for manufacturing.

To me, that was rather expected. Shenzhen has today grown into an ecosystem that cannot be simply transplanted.

He doesn’t think other Asian countries will steal much market share from China.

In the medium to long run, China will lose its cost advantage entirely, compared to the US, EU and Japan, due to cheap robotics, AI and 3D printing. But that’s at least two or three decades away.

Fredrik also believes manufacturing is becoming increasingly accessible – even to the smallest business.

Chinese suppliers are OEMs. Essentially, they are ‘Open Source Manufacturers’.

Chinese suppliers don’t care who you are, or what you sort of background you have. All they are interested in is your business.

Getting on-the-ground information and support services is also becoming easier for importers.

Until recently, international trade has been stuck in the past. Alibaba and Global Sources took suppliers online, but that didn’t solve every problem facing importers.

That is about to change, though, as supply chains come digitally. An entire ecosystem is coming into place, for companies of all sizes.

Today, a product can get financing on Kickstarter. Then, Alibaba comes in with their Trade Assurance program to secure the transaction with the supplier.

Once ready for shipment, just book a quality control online at Sofeast.com, and get a free shipping quote from Flexport – directly delivered to an Amazon FBA warehouse.

Even compliance with the importing countries’ standards is becoming easier to manage. Fredrik gives this example (valid for European importers):

Just buy a requirements list on ProductIP.com, and test your product for free using your Scio Pocket Molecular Sensor. The latter must be seen to be believed.

This is correct, for the most part. Many things are about to change when it comes to quality inspections/testing. I read recently about an odor and taste recognition device (NeOse). Actually a dedicated device is sometimes not required — for example, a standard phone’s camera can recognize the microstructure of a seal (with Cypheme’s system).

Extra reading >> If you’d like to learn even more about QC, read our detailed Quality Control basic concepts post here.