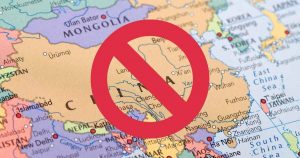 Following October 2022’s 20th Communist Party Congress in which Xi Jinping made various statements about the state of China and its future plans, some of which spooked Western observers, let’s investigate what China’s current politics might mean for manufacturers with a supply chain there and if trying to build a ‘Zero-China’ supply chain is warranted for anyone who’s worried about the stability of the region.
You’ll also learn about how to minimize supply chain disruption by following a China +1/many strategy, how this kind of project can be achieved, and potential China-alteratives in Asia that may be suitable manufacturing bases.

Prefer listening to reading? Rest your eyes and listen to the content here:

‘Zero-China’ is a new buzzword that has started to crop up recently and is when a company pursues a policy to manufacture products for certain markets with no assembly or components from China (or at least as few as possible). This would allow them to reduce the risks of supply chain disruption even if China were to be removed from the supply chain completely for whatever reason. (01:52)

Looking back in history at the origins of the ‘China + 1’ approach.

The SARS outbreak between 2002 & 2004 in South China and Hong Kong was probably one of the key drivers of businesses with Chinese suppliers seeking to diversify and have some of their supply chains in a different country to reduce risks of disruption if something else went wrong in China because they experienced first-hand disruption to their supply chain in South China…a portent of what was to come with Covid. (03:14)

Garment companies were one of the early adopters of this approach and they branched out into countries like Bangladesh, Myanmar, India, Vietnam, Cambodia, Pakistan, Turkey, etc, even though they were and still do buy a lot of fabrics and accessories in China. Still, for more complex garments such as jackets and ranges that needed a very fast ramp-up, there is still a place for garment manufacture in China to this day.

Companies manufacturing hard goods, on the other hand, have been far slower to diversify away from China as it still dominates the supply chain and manufacturing of items like power tools, for example, to this day and many importers never felt the need to move away from there until more recently. (04:57)

Xi Jinping came to power in China in 2012 and was initially seen as a ‘reformer’ doing admirable work such as tackling corruption in the government, clamping down on big polluters, and stopping the sex trade flourishing. However, he also oversaw policies later perhaps around 2015/16 that have alienated China from its neighbors and the West, such as claiming the South China Sea and more actively agitating for Taiwan’s reunification. The result of this is a creeping increase in the perception that China is a riskier place to do business than before, even for hard goods manufacturers with a very entrenched Chinese supply chain, resulting in companies starting to accelerate China +1/many policies starting with the largest multinationals as they had the money to start moving assembly and building supply chains in different countries.

The four factors spurring this move are:

Large companies that don’t sell much in China have the easiest path away as long as they can find a local partner in another country or set up a factory there and start benefiting from assembly elsewhere relatively quickly. (07:34)

Looking at how Apple navigates manufacturing in China and elsewhere.

Apple, however, sells a huge amount of products in China, so pursuing an approach to purge China from their supply chain by attempting to follow a Zero-China policy is not wise for them and they have to walk a tightrope due to the importance of the Chinese market to their business. The majority of products are still made in China and that market constitutes around 20+% of Apple’s revenue so they can’t afford to anger China and pull out.

China’s government has past form in encouraging people to buy local, so Apple doesn’t want that kind of offensive to be launched against them. There are Chinese smartphone manufacturers for consumers there to turn to like Huawei, Oppo, and Vivo who are hot on the heels of Apple when it comes to sales in China as well as their phones being arguably better specified than the iPhone.

That being said, they are diversifying with a China + many approach and actively reducing the proportion of their products made in China in the coming years, with Vietnam and India in particular picking up a lot of that formerly Chinese business.

Another issue is that almost no countries offer the manpower to ramp up production to meet Apple’s deadlines of producing tens of millions of devices in a short space of time, such as when a new iPhone is released. They tried this rapid ‘Chinese-style’ ramp-up in Bangalore, India and caused riots! (18:29)

How about SMEs with manufacturing in China? What options do they have now?

Huge multinationals and large companies have been moving away from China for a while, but smaller businesses (especially those making hard goods like power tools or other electronics) will find that other suitable countries like Vietnam with specialized manufacturers that you need to work with have no capacity for some years (it has been swallowed up by American companies already). Setting up your own manufacturing will take a long time and a lot of cash, is this realistic for SMEs? Also, it’s unlikely that Vietnamese or Indian suppliers can supply the materials and components that China can, or if they do, certainly not at the same prices. So SMEs often still need to source in China…so does this reduce their China risk, even if they’re assembling in, say, Vietnam?

Other East and South East Asian countries may not even be a politically sound choice as the South China sea border runs along its border and China’s designs on Taiwan affect East Asia causing extra risk. With this in mind, India may be the most secure place for SMEs who wish to diversify, although the issue remains of potentially struggling to source the components and materials required without getting them from China right now. (27:46)

Zero-China as a concept seems to originate from Japan. This was about having a Chinese supply chain for products sold in China, as many Honda vehicles and products are, and one outside of China for other countries using few or no Chinese parts as a contingency in case something happened in or with China politically that made it impossible to manufacture there for export to other countries.

Japan and China share a troubled history and there are regular nationalistic campaigns against Japan in the media in China to this day. So it makes sense that Japanese manufacturers, in this case, Honda, wanted to test whether it was possible to insulate themselves from future disruptions of Chinese supply chains by building a supply chain with as few Chinese links as possible.

Also, a study was done by a professor that found that Japan’s GDP would be reduced by 10% if 80% of importers from China were disrupted for 2 months, a scenario that reasonably could happen should there be worse tensions between the countries or China found itself in a war. This shows why Japanese manufacturers, for instance, would feel the pressure to find alternatives to China these days. (35:32)

China seems unlikely to launch a war on any neighbours like Russia did with Ukraine. They also do not appear to be that expansionist, rather being very protective over current borders and their influence over close neighbours that has historically been with them as the dominant force. So aside from some border frictions and the S China sea, a major war seems unlikely unless outside forces push them into one, such as increased escalation from the USA of the trade war.

It would be sensible to work on a plan B and diversify your supply chain to China + 1/many in the next few years in case the situation worsens. Zero-China, however, is simply unrealistic for all but the largest corporations today. (43:51)