You are here: Home / China Insights / Is There a Future for Manufacturing in China? 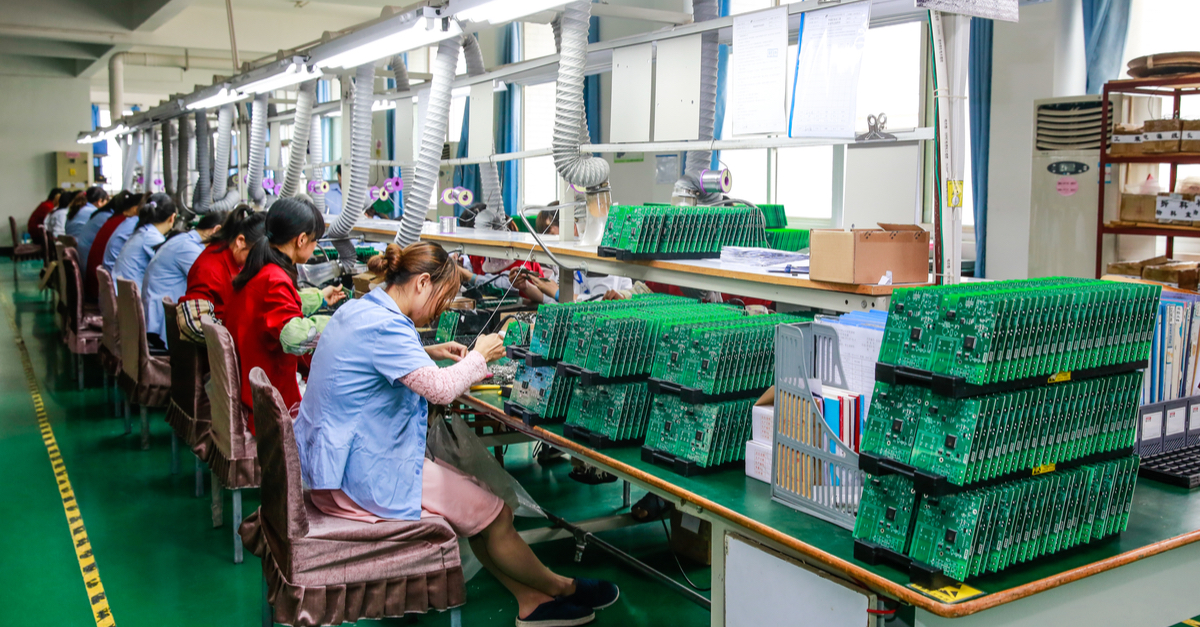 [This is a guest post by Fredrik Gronkvist, who writes great advice on chinaimportal.com.]

Ever since I first set foot in China, back in 2009, I felt that I was late to the party. Ever since that dreadfully hot day in August, I’ve kept hearing that it’s only a matter of time before the country is priced out of the manufacturing game, and is ready to step up to more lucrative activities.

About one year ago I was sitting down with two friends from back home, who were visiting Shanghai for a trade show. They focus on selling into China and have made handsome profits doing so.

After a couple of beers, one of them asked me if I believed that there was any future for our business in China, given that we focus on manufacturing and exports (or imports, if you are reading this from overseas).

He then went on to ask me how many more years I believed that China would remain competitive.

I don’t think I even replied.

People look down on manufacturing. They consider that buying stuff is a more noble activity. People talk about the ‘consumer’ and an ‘economy based on consumption’. Yet, manufacturing is the core of the economy – and I believe that it will remain so in China.

In this article, I share my thoughts on the future of manufacturing in China, and I explain why the development of Shenzhen may be foretelling for China as a whole.

The case of Shenzhen shows that rising costs can be absorbed

I remember when I first set foot in Shenzhen on the first day of 2010. I hated the city at first sight. My only joyful moment was when I finally boarded my flight back to Shanghai.

But that was more than 7 years ago.

I remember when I got back to Shenzhen in early 2015, and I was sold instantly. Clearly, it’s been in the work for a long time, but Shenzhen really shaped up during the first few years of this decade.

I know this is said about many other cities in China, but I never felt that Shanghai changed that much during the same time.

But let’s go back to Shenzhen.

From the armpit of the East to the world champion in manufacturing. Shanghai is perhaps the leading financial center in Mainland China – but barely even making the top ten worldwide.

Yet, Shenzhen is arguably the manufacturing capital of the world. And this is, if you ask me, the crown jewel of China.

In 2015, something changed, and I was not the only one who noticed.

In 2015 and 2016, Shenzhen started to get a lot of media attention from all over the world. Mainly in Bloomberg and other business publications – but also Wired and other more lifestyle-focused media outlets.

Yet, this was not always the case.

In the years prior to this ‘revelation’, I constantly kept hearing that it was only a matter of time before political and business leaders would realise that manufacturing is yesterday and that consumer debt and financial schemes are the future.

Why work when you can have a ‘consumption-based economy’?

The idea was that Shenzhen would become too expensive for manufacturing anyway, resulting in an exodus of suppliers moving to the provinces of Henan, Sichuan and Jiangxi. Perhaps even as far as Xinjiang, as long as they could save a few percent on their costs.

And yes, costs did go up during these years. The government raised the minimum wage by about 20% year on year – albeit starting from low numbers. They became more efficient at collecting taxes too, pushing costs even higher.

Yet, Shenzhen prevailed, and the prophecy of the Shenzhen exodus never happened. This is not only for high tech industries, but even lower value-added production that tends to stay in or near Shenzhen. Especially in the Bao’an district.

Instead, Shenzhen got stronger and is even more manufacturing focused than ever (and with this comes finance, IT and more glamorous industries).

Perhaps I should get to the point

Increasing costs can be offset by improved efficiency. Shenzhen suppliers still have a long way to go in this regard, but I think there is clear proof that they have been able to remain competitive, despite increasing costs.

As the Shenzhen ecosystem is becoming more sophisticated, it a sign that the availability of materials, components and qualified labour is just as important as costs. Indeed, there is an upper limit, but I don’t think Shenzhen is even close to becoming unaffordable for manufacturing companies and the ecosystem as a whole.

Does this apply to China as a whole? It’s indeed a possibility.

I see more and more of our customers buying from suppliers in ASEAN countries. Vietnam in particular. I am heading down to Saigon (just sounds so much better than Ho Chi Minh City for some reason) for my new project – AsiaPropertyHQ.com, in November.

And while Vietnam is truly looking interesting, can ASEAN as a whole pose a serious threat to China as the factory of the world?

In the case of ASEAN; I believe that the main problem is political and economic unity.

Can ASEAN build up a competitive manufacturing base when the Thai government will not accept component and materials manufacturers in the Philippines to export duty-free? Or vice versa?

Can Malaysia accept that its own industries will lose out when and if they open up for a single market, including poorer countries such as Cambodia and Vietnam, that can manufacture for much lower costs?

Well, we haven’t seen this so far. As a result, ASEAN-based manufacturers tend to be reliant on component and materials suppliers in China. Many of which are based in Guangdong province.

This is not necessarily bad, but it makes it hard for ASEAN to compete with China on lead time and price.

Hence, I think that ASEAN as a whole will have a hard time becoming a truly competitive alternative to China until they create a common market where labour and trade can move somewhat freely.

Many people like to mock the European Union, but keep in mind that the EU as a whole is the world’s largest market and exporter – and has been very successful at establishing product standards (that even non-EU countries are forced to adopt) and a common market.

In China, suppliers can buy materials and components from clusters all over the country, without borders and import duties. The same things apply to those in the EU and US. Bigger is certainly not always better, but businesses must be able to procure components and materials easily and quickly.

In Thailand, you aren’t even allowed to own a majority share in your business

When I started my first company in China back in 2011, I opted for having a Chinese part owner in my business. We are working together to this day, and we have a 50/50 split in ownership.

Now, had I been in Thailand, that would not have been the case.

Foreign owners are simply not allowed to own more than 49% of the shares. I can be overruled at any time by the local majority owner(s).

And, you need to hire 4 locals for each work permit issued to a foreign worker.

The signal is clear. Thailand doesn’t want you. It doesn’t matter if they are stuck at the same GDP per capita as in the 90s (considering inflation), and only growing at 2% – they don’t need you, and they don’t want you.

Now, this is not the case all over ASEAN. Malaysia and Singapore, in particular, are arguably much more open than China, but it’s still problematic.

But, that’s not the case in China, which is one reason why we see hardware accelerators like Brinc.io and PCH International. Not to mention the blog owner’s company, CMC consultants, helping manufacturers improve their operations.

No city or country on this planet is almighty and destined for eternal success. It’s not about that.

But China, and Shenzhen, in particular, did get a few things right:

China will remain the top manufacturing country in Asia for many years to come, and I think it will take at least a decade or two before they can be rivalled by ASEAN or India.

However, the clock is ticking. Low-cost automation and 3D printing are currently moving faster than both ASEAN and India.

Fredrik Gronkvist is a Swedish entrepreneur based in Shanghai. He is the co-founder of Chinaimportal.com and AsiaPropertyHQ.com.