You are here: Home / Logistics / How Did Sea Freight End Up In Such An Expensive Mess In 2021? [Podcast] 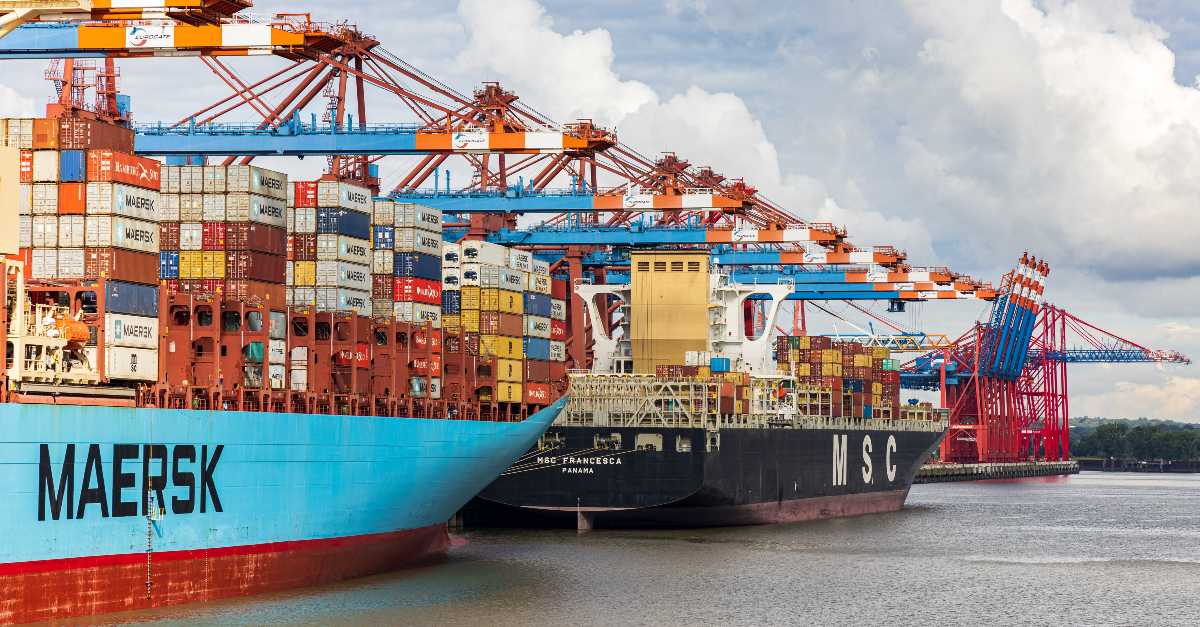 Renaud is joined this week by global logistics expert Jon Monroe who boasts over 30 years in the logistics industry and has a strong focus on Transpacific trade. They discuss the current global sea freight crisis (in June/July 2021) that is hitting a lot of importers with both towering costs and delays and explore how we came to this point while dispelling certain misconceptions. Jon also gives some insight into the situation in the USA specifically, but touches on other areas, such as Europe, too, and talks about alternative shipping methods like air freight.

So, if you’ve been affected by the sea freight crunch this year, this episode is for you!

✅ Jon introduces himself and what he’s been up to. Jon has held senior management positions with top forwarding and logistic companies Emery Worldwide, Circle International and Hyundai Merchant Marine.  He developed Hyundai’s Import program strategy from Asia to North America and was responsible for the ocean product at both Emery and Circle.  Since he started Jon Monroe Consulting in 1999, Jon has gained wide industry acceptance as a leader in providing solutions for marketing strategies, I.T. applications, operating systems and business direction.  Jon has an MBA from Monterey Institute of International Studies and a BA in International Studies from the University of California at Los Angeles.
You can examine Jon’s site at jonmonroe.com.

✅ What are the factors that led us to be in our current situation? Shipping contracts are decided in May for the following year and the demand in 2020 was estimated to be low due to the previous lockdowns around the world and in China. Projections were based on low demand and China not shipping much. The demand could be seen to start growing around May/June and the carriers didn’t move quickly enough with blank sailings to balance capacity being about 5 to 6 weeks behind.
An example is July 2020 in Southern California where 18 extra vessels (180,000TEUs) went into LA Long Beach and blank sailings had finished that month. This then caused a shortage of trucks to transport the containers by road in Southern California. Then the boom in PPE imports and online shopping over the year during lockdown also drove demand for shipping, containers, trucks, etc, even higher and this has been sustained up to now in June 2021.

✅ After the surge in demand started, why couldn’t shipping companies just add more capacity? As sea freight rates began to climb, Asian ports started to allocate equipment and space based on the highest rates. In Transpacific trade there is an imbalance of 2.5/1 in favor of imports to the West, but with equipment being distributed all over the world based on the highest rates this left a lack of the required equipment to deal with this imbalance (and that’s just in the States, this was glocal, too, of course, as seen in the UK over Christmas 2020 where containers were dropped of in Mainland European posts by ships which then turned around and UK companies had to come and get them and transport them back to Britain).

✅ Was the surge driven by PPE? PPE was just one cause, but demand for everything was surging. One e-commerce company’s CEO told Jon that Covid had pushed forward e-commerce activity by 5 years, creating an online shopping boom and changed consumer behavior that will continue for good now.

✅ The 2 pandemics plaguing us right now: Covid-19 & containers. Jon says there are 2 pandemics: Covid and a container pandemic, too. People don’t talk about the asset chain, which is the trucks, terminals, and railroad required to move containers from point A to B. We took this asset chain for granted, but now it’s broken. The asset providers, such as trucks, railroads, etc, are not working together quickly enough. For instance, the railroads taking containers inland to large cities like Chicago and Minneapolis aren’t picking up containers quickly, causing shipping terminals to run at a reduced speed which causes delays to unload vessels.

So today’s key issue is that American railways haven’t been able to ramp up their container transport capacity, causing around a month’s delay to sea freight shipments once they arrive.

✅ How and why cargo owners have been negatively affected and face rising costs. In Asia carriers have stopped accepting IPI (door-to-door) cargo and vessels have been skipping ports or have been delayed at LA Long Beach which means that importers have lost their allocations and simply have to wait. Many carriers have only partially honored contracts and have walked away from the BCO (cargo owners) who have had to buy on the expensive spot market instead. The Suez blockage and then the Shenzhen, Yantian container port’s partial closedown recently due to Covid also made things even worse as backlogs drove up demand and prices further.

✅ Discussing the impact of the Shenzhen Yantian YICT port’s partial Covid closure and carriers bypassing smaller Chinese ports on shipping. There was a backlog of around 160,000 containers which is not yet cleared. Even once the port was back open this didn’t improve the backlog as vessels bypassed the port that were bringing in empty containers which are now somewhere else (adding to the global shortage of containers being in the places where they’re most urgently required). Guangzhou’s Nansha port has picked up some of the slack, but it’s still developing, and other ports around China are getting bypassed in favor of major ones (like Fuzhou for Xiamen, or Qingdao for Shanghai).

✅ Why everyone is booking 4 weeks in advance of the cargo ready date of the factory now. This used to be around 2 weeks, but due to demand shipping is being booked a month in advance and even then there’s a chance your shipment won’t be taken by the ship anyway! Of course, booking space at the last minute for a high cost may be possible for those who want to pay.
The carriers sometimes overbook knowing that there will be cancellations, like in air freight, and this is being exacerbated by importers booking on several ships to try to ‘lock in’ their shipment and then cancelling once they know it’s assured on one of them. Overall this causes more problems, hence the longer lead times.

✅ Sky-high ocean line costs are fuelling price rises across the entire industry. Jon has heard of costs per container being as high as US$27,000 and sees this heading to US$30k+. Companies in the USA found out that their products were 6-8 weeks behind schedule and sea freight costs were 5-6 times more in Q1, but now it’s 10 times more! To make matters worse, the other logistics companies (trucking, etc) have raised their prices accordingly, to benefit from the hot market.

A sobering stat. 2020 was the record year for the shipping industry where they made about US$15 billion on aggregate. Compare this to Q1 of 2021 alone where they have already made US$16.9 billion. 18 months ago an all-inclusive ocean freight rate was about US$2,300 to the East coast and US$1,500 to the West coast. Compare that to 20 or 30k…

✅ How about air freight as an alternative to ocean freight? As thought turn to Christmas 2021, Jon advises companies to give 8-10 weeks lead time when booking and some big companies are booking air freight space now instead of using ocean freight. Due to the huge demand rates will probably climb to US14-16 per kilo and a lack of passenger flights will reduce capacity which will drive that high cost. It won’t make sense for everyone, but high-value products such as footwear, small electronics, and some apparel might be able to cope with the cost.

✅ What impacts of these costs is Jon seeing on businesses? Trump’s tariffs on China-made goods had a big impact on many importers, but this has been worse. Many companies have been forced out of business in the States. Many companies have told him that they’re struggling to budget for shipping as it’s impossible to budget for a year when the rates change every 2 weeks and carriers don’t honor old contracts (due to making more money on the spot market) as they believe that it’s a kind of ‘payback time’ after being beaten up on price by customers for many years. Right now, many companies are choosing to deal with forwarders (NVOCCs) who traditionally have large blocks of space on ships to help them get whatever space they can and this has increased the market share of the forwarders to over 50% (up by 10% or so).

Have you been affected by the rapidly rising costs of sea freight and long lead times? What are you doing to get around this? Let me know in the comments, please.

Listen, rate, & subscribe to the ‘China Manufacturing Decoded’ podcast on your favorite provider 👍

There are more episodes to come, so remember to rate us and subscribe! You can find us on:

If you enjoyed this episode, don’t forget to give us a ⭐️⭐️⭐️⭐️⭐️ rating and share it with your network if you enjoy listening! 😊