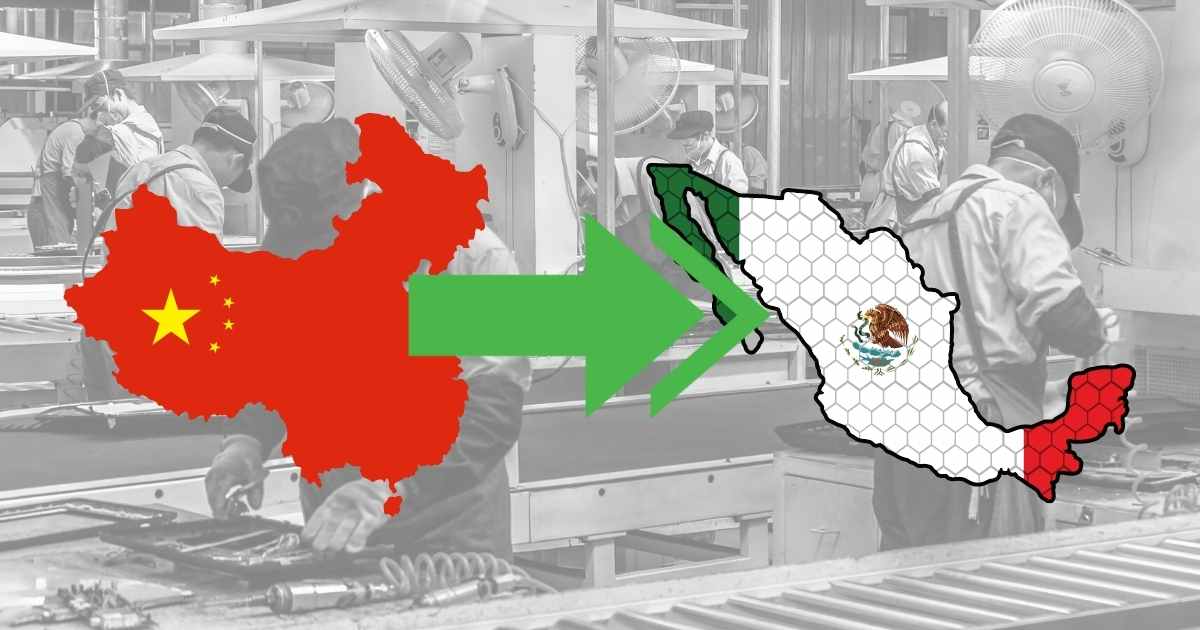 Our CEO Renaud is joined by a special guest in this episode, Andrew Hupert, a cross-cultural management and communication expert, coach, and trainer who spent 10+ years in China, is currently based in Mexico, and also creates a podcast you should check out: Globalism 2.0.

They discuss why North American companies are starting to move their supply chains out of China, in particular US businesses, the political forces at play, and why this is giving rise to a new era of globalism where the USA is not the dominant force. What does this mean for China, too?

You’ll also get interesting insights into two possible sourcing destinations for USCAN importers, Vietnam and Mexico, with the latter in particular providing a beneficial business environment for North American importers due to trade agreements and close proximity.

As Andrew would say, the clock is ticking for American importers with Chinese supply chains, so jump into this interesting episode and see what might lie ahead soon!

🎧 Is It Time For North American Importers To Leave China? (Feat. Andrew Hupert) 🎧

Globalism 1.0 started after World War 2 when the USA and other Western countries dealt and traded with other countries from a position of authority on their terms. This was a modern version of the British Empire from around the 18th to early 20th centuries.

Since 2018, Globalism 2.0 has been in action where the established order and practices are shifting away from Western norms. Its features are:

A lot of the above actually favors China moving forward, but can they capitalize? The Belt and Road initiative shows that they’re making moves to do so.

13:29 – What is a bad scenario in the next few years that companies who manufacture products in China for sale in the USA need to plan for?

New rules are being brought in without tangible procedures and forms, such as needing to certify that products aren’t made with slave labor in areas like Xinjiang. How do businesses realistically comply? These rules are being brought in by right-wing politicians who use them as political capital, but without considering the real impact on businesses in the USA. Therefore compliance will become harder and more expensive.

Tariffs, added during the Trump administration, are unpopular and arguably fuel inflation, but haven’t been removed.

Bad international economics has become good domestic politics in the USA and Europe and this will continue in the next few years with inward-looking politicians competing to introduce tougher ‘anti-China’ laws. We can expect the Chinese to match ‘bad’ American regulations with their own, making importers with Chinese supply chains’ lives even harder.

21:59 – Is there a timetable where the situation between China and the US becomes very hard for importers?

By Q1 2025 the USA may have a largely Republican-controlled government and the situation between China and the US will be very bureaucratic, expensive, and not worth the profit. You may have little control over your own logistics and getting products into the States by then, as there could be hold-ups ahead of you for random reasons that block your own China shipments that have no issues.

Implementing a China +1 strategy by adding another country into your supply chain’s mix like India, Vietnam, or Mexico is wise, especially for US importers. Over time, you can develop that +1 to be the major supplier.

It’s hard to say whether new regulations will go after products assembled in other countries using Chinese components, but this kind of supply chain is longer and more risky in any case unless you are actively trying to relocate the component sources there, too, in the meantime.

The true workaround to excess bureaucracy is to move the supply chain somewhere else.

26:27 – Is Vietnam a potential China alternative?

Vietnam is a crowded marketplace. It will accommodate large businesses, but SMEs and entrepreneurs will find it harder to get their products made there than they would in China at present.

The problem is, that no one knows if the USA will implement anti-Vietnam rules any time soon because they class it as a ‘non-market economy’ and the USCMA trade agreement between the USA, Canada, and Mexico technically doesn’t approve of members from trading with them (although Mexico has an agreement with Vietnam and the other countries are not yet enforcing Vietnam trade as stringently as trade with China).

29:56 – Have a lot of companies selling into the USA & Canada near-shored their supply chains into Mexico?

Andrew has heard more about this happening than seen it. The North of Mexico has set up a type of Special Economic Zone system for factories (maquiladoras) allowing the importation of raw materials and components duty-free or low duty that are manufactured into products (that are not for sale in the Mexican market) that then have duty-free transport back into the USA and Canada with some legal protections that you don’t get in, say, China. They tend to be along the border and near ports as the infrastructure for selling into the US market is good there.

33:15 – What’s the relationship between Mexico and China?

The Mexicans feel that they can play China off against the USA. China is very interested in Latin America due to its reserves of Lithium commonly used as a primary part of today’s batteries and Mexico is trying to create a trade group for its exporters. Latin American countries tend to want to be independent of the USA, so this makes them good candidates for Chinese influence and this is going to increase there in the coming years. A lot of Chinese companies and practices will follow importers across the Pacific into Mexico and Latin America, so supply chains may not be free from China which can be a concern when it comes to legal protections (although less so in Mexico due to the USCMA).