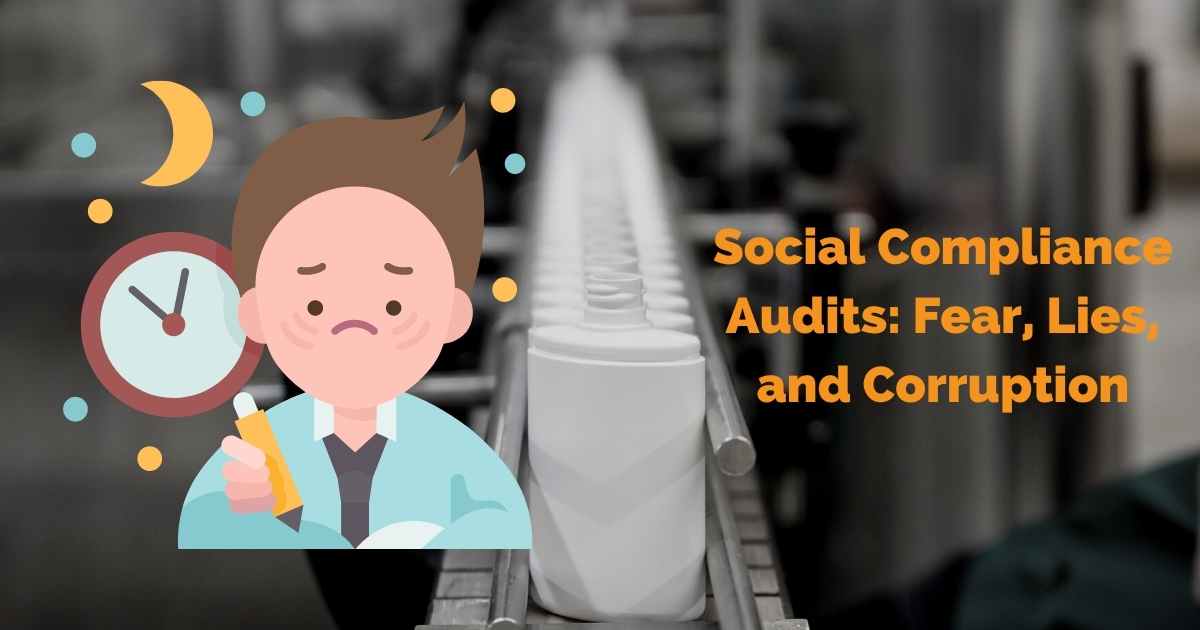 Over the weekend, I came upon a webinar that gives a relatively nice overview of the issues surrounding social compliance audits, particularly in Asia. It was shot by a new company called Mosaic.

If I had to summarize it, I’d use these three words:

Social compliance can be quite toxic these days

What is amazing to me is not how bad this situation is. It is how long it has been allowed to continue!

In China, in particular, manufacturers discuss it quite openly among themselves and with their customers. In many cases, it is the importer (acting as a trader between a large retailer and a manufacturer) that sends a ‘consultant’ to teach a factory how to lie in order to pass the retailer’s audit.

Now, imagine how bad it gets in certain countries with higher levels of corruption… think Bangladesh or Vietnam…

Who should do social compliance audits?

A key question is, who should do this type of verification work?

Where should buyers spend their money and their efforts?

Most of the effort should be on preventive work (driving improvement at the factory level, providing guidance, etc.) rather than monitoring (auditing).

I found a well-thought-out article about remediation/improvement, also on the Mosaic website. It was written by the former VP of Social and Environmental Responsibility at Patagonia, one of the rare apparel & sport goods retailers that takes social & environmental sustainability seriously.

I boiled the article’s content down to 3 key elements:

Many buyers request that their suppliers pay for the audits, as a way to ‘earn’ a qualification as an approved supplier. And, in some cases, they nominate an auditing agency that inflates the prices of social audits… and give lower pricing to the buyer on some other services. Those buyers don’t want to change the model!

As long as that is the case, most importers, retailers, and brands will NOT increase the budget for improvement activities. It’s too easy to get suppliers to pay and get audited, without having to invest anything in the supply chain.

About 5 years ago, I was very involved in consulting for manufacturing improvements. I noticed that every time a client’s primary objective was related to social compliance, they were NOT interested in helping the factory improve its processes.

A common situation: the buyer was worried because people worked too many hours (way more than is legally allowed in China), and the best approach was re-engineering manufacturing processes to gain sufficient productivity to make those extra hours unnecessary. But they were just not interested in solving the problem at the root.

My conclusion is, as long the whole social compliance audits system is not shaken upside down, nothing good will come out of it…