You are here: Home / Logistics / A Sunnier Outlook for Logistics from China in 2023! 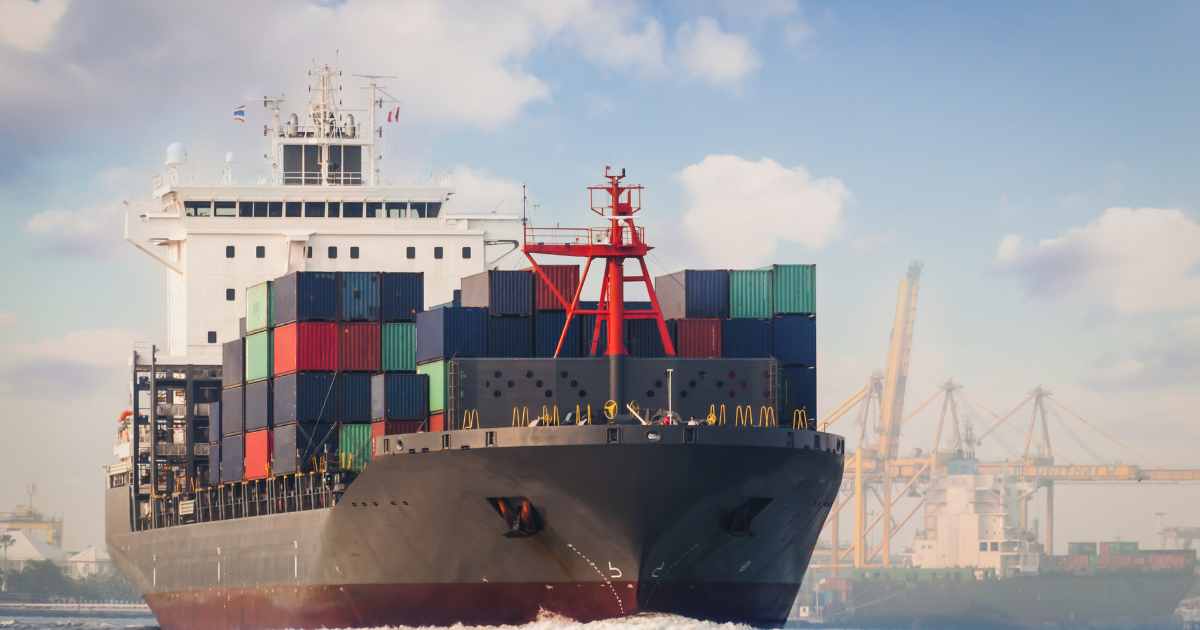 Finally, after some troubled years, it’s mainly good news when it comes to logistics from China!

Importers will remember the infamous high costs of 2021 when sending a container from China to the USA cost upwards of US$20,000…well, things have changed for the better in 2023, and in this post, we’re going to explore why and what challenges may still lie ahead during the year.

🎧 The State of Logistics from China in 2023 (Feat. Kate Oliynykova)

What is China’s Covid epidemic like right now in early Jan ’23 and how is it affecting importers?

The switch from Zero-Covid to few or no restrictions was very abrupt and caught many businesses by surprise in the largest cities before Christmas when large numbers of staff ended up being off sick. The situation is similar to 2021 in the West with busy hospitals, a lack of medication, and a somewhat chaotic situation in some places where there are a large number of infected people.

Now things have started to stabilise in the large cities at least, but there is little time left before CNY…so the CNY slowdown period has effectively been extended this year due to Covid. For example, some factories already closed down due to having too many staff off ill and they’ve decided not to reopen at all until after CNY. This causes disruption for importers who, in some cases, are now having to wait for a shipment that was promised before CNY which has now been delayed until afterwards. (01:16)

What is the current situation in logistics from China now?

There are negatives and positives.

A negative is that the Covid epidemic is causing some delays so shipping internationally is still not as fast as it could/should be.

A key positive, however, is that the previously huge price increases have now decreased by 93% from their all-time high in 2021 to pre-Covid levels in most cases, and sometimes are even lower! Freight costs have decreased, but port charges remain higher, although they should also start to decrease soon.

The problem of large numbers of container ships queueing outside of ports, for example in Long beach in California which had 100s of ships waiting, has also subsided. This caused shipping times from China to the USA to be up to around 80 days due to delays at the US ports,

Current container costs are only around $2,800 from China to the West Coast of the USA for a 20GP container – that’s a huge difference from costs in excess of $20,000 at their peak in 2021. Shipping times have also been reduced to between 35-40 days and this should reduce further when lingering queues are cleared in the USA (there are lines that offer faster shipping of 18-20 days, too, but at double the cost). (07:36)

What logistics challenges are we facing now in early 2023?

The amount of goods being shipped from China is decreasing due to declining consumer demand from the West. This is due to various factors such as economic recessions in the West and perhaps some political issues between Western countries and China.

This has led to large numbers of containers being stuck in ports around the world rather than being returned to China promptly which has caused some shipping lines to postpone shipments until they find enough containers to sail with a full ship to make the shipment profitable. Around 15% of shipments have been postponed or cancelled recently due to this which is quite high.

Some ports around the world lack space for new deliveries due to an excess of containers, causing delays.

In China, many port workers have been off sick with Covid and CNY is coming up which are also causing some delays, although any are expected to be short and should be cleared up by February.

The declining demand and excess of containers are good for importers as they will probably further decrease shipping costs, however, this will lead to longer shipping times than pre-Covid (although not a great deal longer).

The Russian invasion of Ukraine has also affected shipping lines, many of whom are not currently sailing to Russia which was previously quite a large market for them and who are now taking new routes in order to avoid sanctions. This loss of business puts more even pressure on shipping lines, and we may see smaller ones go bankrupt or be taken over by the big names in 2023. (13:37)

Overall, the outlook for logistics from China is positive in 2023 after CNY. Costs will keep decreasing and shipment speed will increase due to faster customs clearance in China. There may be some changes in shipping lines and routes, but we can expect the situation to largely go back to pre-Covid times which is good for importers. Hopefully, reduced logistics costs will also benefit inflation in the West and help importers make some extra margin, too. (21:31)