Last week I wrote about the future of Guangdong manufacturing. I thought it would be nice to show how an industry gradually moved away from its center in Hong Kong and Guangdong province.

I picked the lingerie (bras and panties for ladies) industry because I know it intimately. I was purchasing and selling lingerie around 2005/2006. And some of my clients are lingerie importers, so I see where the trends seem to be going.

It is an interesting case study because lingerie production necessitates certain unique materials and accessories, as well as a specific know-how (sewing bra cups is done by hand).

Let’s see how production moved away from its base and formed several clusters.

The Pearl River delta, in Guangdong

In the 1980s, the factories located in Hong Kong (in the TaiKokTsui and SheungShaWan areas) moved across the border to Shenzhen and Dongguan, because of the price difference.

Hong Kong companies also migrated to the other side of the delta, around Zhongshan and Zhuhai (because of the short ferry trips and the higher proportion of local, Cantonese-speaking workers in these cities).

I should also mention there is a very strong concentration of lingerie manufacturers just West of Guangzhou, in the Nanhai district of Foshan city.

The above-mentioned areas are around the Pearl River delta. They now count the highest number of mid-and-high-end lingerie factories. Some of them, like Maniform or Oleno, have even launched their high-end brands on the Chinese market.

And most fabrics & accessories suppliers are also in this area, including a number of foreign microfiber, lace, embroidery, and accessories (rings, sliders, hooks & eyes…) producers. It is still by far the biggest production base for lingerie. 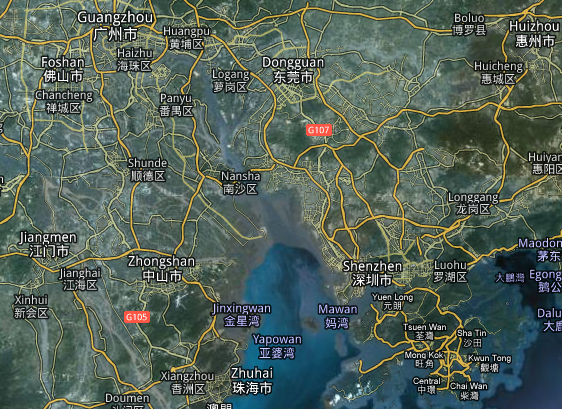 The development of Shantou

Shantou city is to the East of Guangdong province, about 5 hours away from Shenzhen. It is now the hub for cheap bras & panties, both for the domestic market and for overseas importers.

I heard from several factories that their supplier base for fabrics is getting better. Getting materials from the Pearl River delta is not that expensive anyway. And they ship out from the Shenzhen and Hong Kong ports.

Average quality is lower than in Dongguan or Zhongshan. Understanding of customer requirements is often non-existent. Personally I hate the way Shantou people conduct business. But the lower labor cost makes it an attractive destination for buyers at the low end.

For these simple goods, prices are even lower than in Shantou. Cotton fabric can be purchased locally for a very low cost.

Most factories don’t do direct business with export customers. They often sell through Xiamen- or Hong Kong-based trading companies. 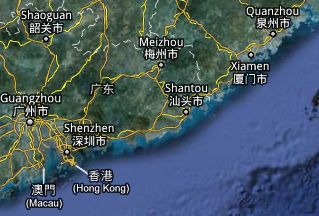 There is a lot of seamless underwear around Yiwu, but no deep know-how about sewing of bras. Only a few manufacturers are capable of making the full line of lingerie items. 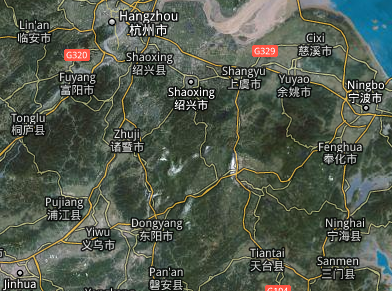 I see more and more manufacturers setting up their operations in provinces like Jiangxi, Hunan, and Guangxi. They have to pay transport costs to get the fabrics and the accessories, but the much lower labor cost is very attractive.

The idea is to lure some skilled workers who originally come from these inner provinces to “go back home” and train new, local staff.

However, a tiny proportion of suppliers have made this move inland.

Vietnam, Sri Lanka, and Indonesia also possess the necessary knowledge to sew bras. Only Vietnam currently seems able to compete with China on prices. They often purchase their materials from China, which makes the supply chain a bit slower and less agile, though.

Bangladesh and Pakistan are suitable for making simple cotton underwear, but they have trouble facing the competition from the Shantou and Quanzhou clusters.

The case of India is more interesting. Triumph was a pioneer and opened several lingerie factories there around 2006-2007, so the critical know-how might become widespread. Wearing a bra is becoming fashionable in this huge country, so everyone is eyeing this market’s potential and wants to be able to produce locally.

The region of Tirupur, in the South, is the main production base of knit garments. I went there 3 years ago, and some American firms had just make multi-million dollar investments to jumpstart lingerie production.

The trend is clearly for a fragmentation of this industry, a relocation away from Guangdong, and a slow spreading of critical know-how. Exactly like thousands of other industries, right?