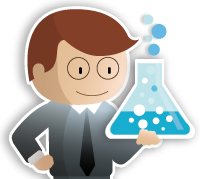 Once you have built a prototype, it is a good idea to subject it to functional tests (phase 5.4). This is what we cover in this part of our series on new product development.

Wikipedia defines a physical test as: ‘a qualitative or quantitative procedure that consists of the determination of one or more characteristics of a given product, process or service according to a specified procedure. Often this is part of an experiment’.

Basically, once you have produced your working prototype you need to test it against the product specification in order to verify that the design meets and can deliver against the project expectations of the business goal.

Functional testing should be carried out at a sub-system level that tests the functionality of small ‘bits’ of the design, as well as a full system test which covers the entire product functionality.

There are two types of functional test, positive tests and negative tests.

This testing is carried out by applying input functions or instances that would be expected in ‘real life use’ and the output is monitored, measured, checked and verified to be correct.  Part of this testing can include verifying what the operating window for certain conditions is (this is verifying the operating tolerances of different functions).

An example of testing for operating window could be the drive rollers in a printer where the test is carried out is to verify the nip force required between the two rollers that move the paper through the printer in a precision and control way. If the springs that apply the force are too ‘light’ then the rollers will not be able to move the paper with accuracy and there could be paper slipping or uneven drive resulting in skewed paper and multiple sheet feed. If the springs are too ‘heavy’ then the paper might become damaged and a curl may appear once the paper has passed through the printer. Finding the top and bottom limits for this function is referred to as the optimum operating window or the tolerance band for the specification.

This involves testing the product with input values that are known to be out of specification or invalid inputs. The product should be designed to cope with incorrect input, this testing is where the results of bad inputs are observed, measured, recorded and verified.

By carrying out these tests you will be able to establish the limits of the system or sub-system as well as determining the optimum operating conditions. Once the limits have been established, they can be used as part of the test criteria for any production line testing that needs to be conducted within the manufacturing plant.

We have witnessed some very successful methods of testing which include limit or threshold testing within Chinese factories. A simple example of a graph showing limits and an operating window is shown below.

In this case, products would be tested on the production line to determine if they operated within the operating window, closer to the optimal operating window is better.