You are here: Home / China Insights / The Future of the Greater Bay Area: High-Tech Manufacturing

Beijing has been planning for the development of a high-tech area in the Pearl River Delta. They called it the Guangdong-Hong Kong-Macau Greater Bay Area in 2017.

They clearly look up to the success of the San Francisco Bay area, home to Silicon Valley, and they have been planning to emulate that example. Learn more about it in this post.

Here is a map of all the cities involved in the Greater Bay Area: 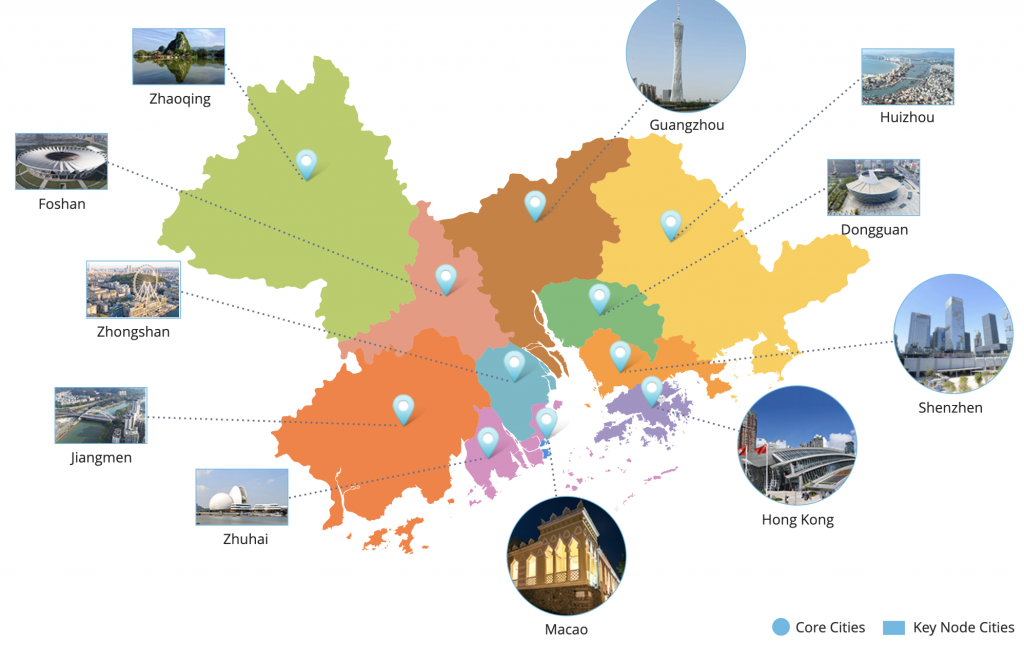 In other words, it is not just Shenzhen, even though the highest concentration of technology companies is in that city. Most cities around the delta have designated one “new area” to host high-tech manufacturing, research, and/or educational institutions:

And below is a map of the infrastructure built and being built.

To get an idea of the massive 70m strong population of this area (which is more than the UK and double that of Canada), you can count 7 airports, most of them being international… 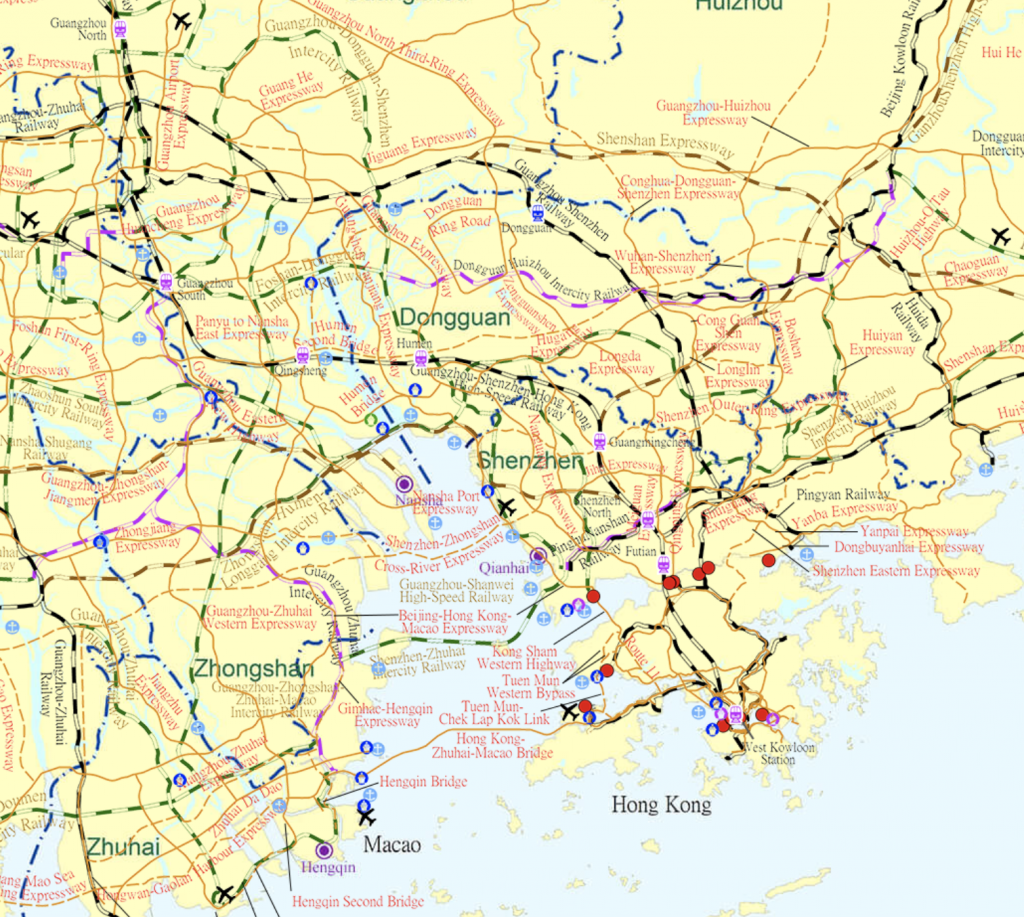 The key words here are shorter trips but also further integration. In particular, note the several new roads linking Hong Kong to Shenzhen. It will be possible to drive straight from Shenzhen Nanshan through Tuen Mun and end up in HK airport. The borders will get blurred over time.

To illustrate how important the Greater Bay Area is to China economically and to make sense of the vast investment into its areas shown above, it’s currently responsible for 12% of China’s overall GDP, but in less than 1% of its landmass (Source: SCMP).

New areas which are still under development

Now, let’s look at the “new areas” under development. All of them are on the seashore and are set to operate port infrastructures.

Qianhaiwan in Shenzhen: a new CBD

This is a special zone that has already been partially built. The North side is for business activities, including some back-office operations for Hong Kong banks. There was even mention, at one point, to have access to Hong Kong (unfiltered) internet there. There will also be many logistical activities. In other words, the plan was to replicate some of the advantages of Hong Kong.

Silicon Valley grew around Stanford University, so the government wants a first-class university here too. It will be called the Greater Bay University, and will be set up in this new area. A train and metro station will be set up there.

It will also host an “international technology innovation cooperation zone” and aims at becoming the “industrial core of Dongguan”. I only recently heard of this project, even though it will only be 3km South of our Dongguan prototyping & assembly center. They are starting major land reclamation.

Like Shenzhen’s Qianhaiwan, it is a free trade zone. It already operates a busy port (15.6 million TEU in 2018) and counts large-scale manufacturing facilities (Toyota, Haier, Denso…).

In addition, this district is gathering companies investing in R&D in the fields of autonomous vehicles, electric vehicles, artificial intelligence, and the like.

This district of Zhongshan is going to be linked to Shenzhen by a bridge (driving to Shenzhen airport or to Qianhaiwan should take 25-40 min), and it hosts the Zhongshan main ferry terminal.

They have been pushing for the establishment of industrial parks in this area since 2015.

What is the impact of Guangdong’s greater bay area for importers?

Investment has been flowing to these new areas, and the US-China trade & tech war seems to be accelerating that trend.

If you are making products that do not incorporate bleeding edge technologies, you will be better off working with companies that are further away. I guess prices won’t rise as fast in Huizhou or Jiangmen.

China is still very much in love with manufacturing as long as it doesn’t pollute excessively. But low-tech activities will continue to be gradually pushed away as they have been over the past 10 years.

Do you have operations or production going on in Guangdong? How are the Bay Area’s changes affecting your business? What do you see being developed near you or your suppliers? Let me know by commenting, please.