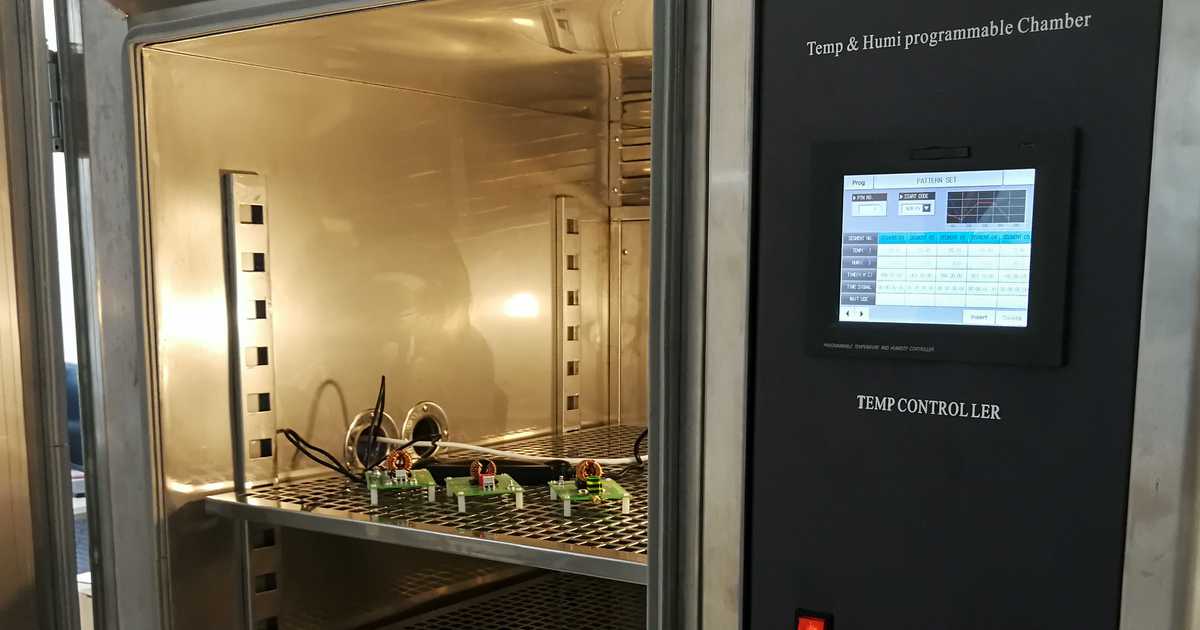 If you develop, manufacture, or distribute a product that has to perform its intended function for at least a certain duration, you probably need to do product reliability testing. Otherwise, you may have no idea how soon the product will fail and how it will fail, and that might cause you serious issues in the marketplace.

Our clients often ask us questions on this topic. Read my responses to the most frequently asked questions.

1. What is product reliability testing for physical products?

Reliability testing is a way to verify that a product will keep working as intended while it is subjected to a certain usage in a certain environment, for a certain time period. For an electro-mechanical product, it means it doesn’t fail in the hands of users (on, more broadly, in the field) before the end of the warranty period.

I published an example before (on an electrical home appliance) and you can see a piece of equipment typically used to simulate a challenging environment (including an apparatus which places the product in a hot & humid environment) in this post’s image above.

Many electronic products include software elements, too. It needs to be tested together as part of the whole product, and sometimes also separately. I wrote about typical tests on electronic devices before.

It is not only related to quality (a good product doesn’t fail early) but also user safety! The right testing program may well have caught the battery issues (short circuit, internal damage…) that led to the recall of the Samsung Note 7.

Actually, you may have already done such testing in the past. If you dropped a carton, or a product, on the floor and then checked for damage, it is a simple form of reliability testing!

2. When is reliability testing typically conducted?

During the development of a new product, you want to confirm it won’t fail in a catastrophic manner or exceedingly early. You are highly advised to conduct product reliability testing:

It is also commonly done on a few pieces on every batch for certain types of products (it is all a tradeoff between testing cost and potential impact if a batch has an issue).

3. What if we want to push a prototype to fail, in order to know what its major weaknesses are?

This is still a subset of reliability testing. It is called HALT (Highly Accelerated Lifetime Testing). The objective is to go all the way to failure and to study the reasons for failure, NOT to see whether the product will fail in the first X years in use. 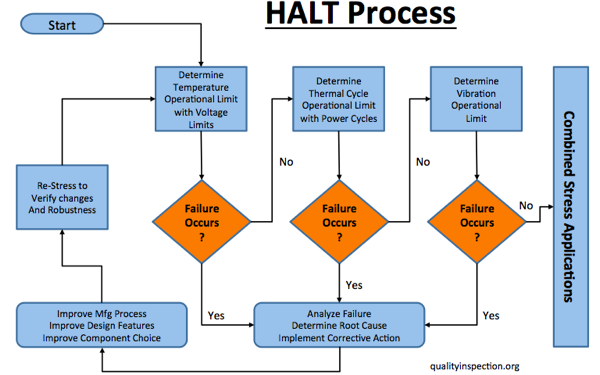 Testing is always followed by failure analysis, which (depending on how early the failure occurred) leads to design improvements.

Remember, many defects come from design rather than manufacturing. So, this is often at the heart of the design efforts. If your product looks great, works really well, but dies unexpectedly after 6 months, will your customers be happy?

After the prototyping phase is over, though, there is usually no longer a need for Highly Accelerated Lifetime Testing. At that stage, there is a need for periodic reliability testing that simply simulates the expected use in the expected environment for a certain duration. Simply to confirm that the manufacturing (of the components, and of the final product) is well done.

4. What if a product is allowed to fail, and can be repaired?

If a product should not fail early, reliability engineers calculate the MTTF (Mean Time To Failure) and try to extend it.

If the product may fail and be repaired (for example, consumers expect they’ll have to change a flexible hose, and they have a couple of extra hoses as spare parts), the focus is on extending both the MTBF (Mean Time Between Failures) and the MTTF (which is the time to total failure, at what point the unit can no longer be repaired).

Both MTTF and MTBF can be estimated based on mathematical models (Arrhenius, Coffin Manson, Hallberg Peck…). There is usually no need to test many pieces in order to have a fair idea of those numbers.

5. If an ODM supplier has a good product, but I want to be at least 90% confident in that product’s ability to keep functioning for 3 years, what can I do?

Based on the mathematical models I mentioned above, it is possible to design a test on a few samples that will confirm whether the product is at least 90% likely to keep working for 3 years. And it is often rather inexpensive (under 1,000 USD).

6. What if maintainability is also a key objective?

Think of an Apple MacBook — removing the battery requires a specialized operation that consists of moving the top panel (including the keyboard and other parts, which are all held together). They gave priority to the laptop’s reliability, not to maintainability. When some models ran into issues because of a faulty keyboard, it cost them much more to service those models since they also had to replace the battery at the same time!

7. Is it similar to predictive maintenance?

Reliability engineering & testing on a product has a lot in common with predictive maintenance on a piece of equipment. Pioneering work was done in the airline industry in the 1960s (after all, you want to board a plane that will ‘work’ more than 99% of the time, right?), and many of the same statistical models & tools are used. 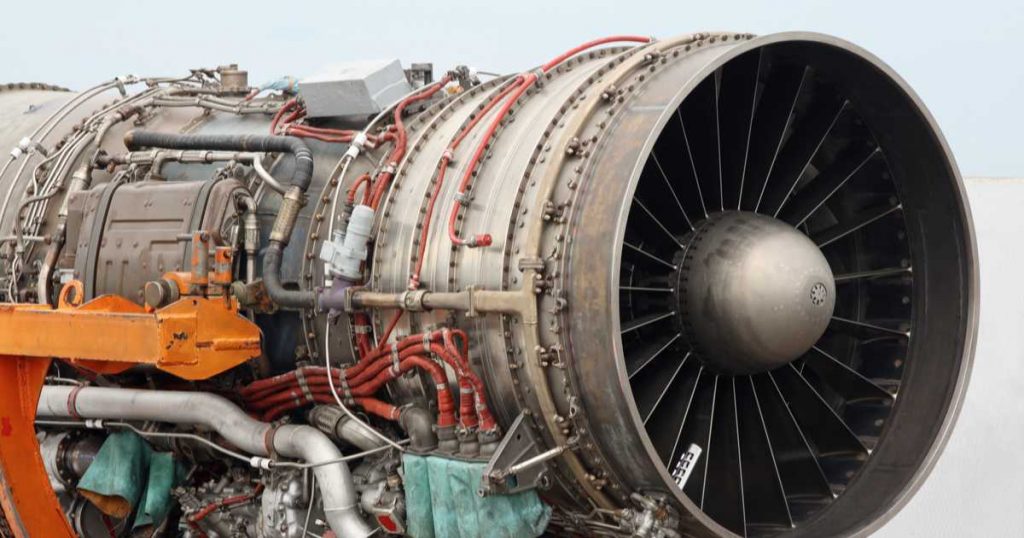 Some of the same rules of thumb apply to both fields when it comes to designing a robust product or an easy-to-maintain machine. A basic rule is that a simpler product will tend to be more reliable. A common countermeasure is to add redundancy. And so forth.

Do you have a product reliability testing plan in place?

What is the 80/20 rule when it comes to QC in China? The answer is building a strong quality assurance policy of your own.

In this webinar, we’re going to explore key challenges facing importers from China, and the elements that compose a really solid, effective quality assurance policy.

Improving your quality assurance will help avoid poor quality products from hurting your business. Hit the button below to register to watch the webinar! 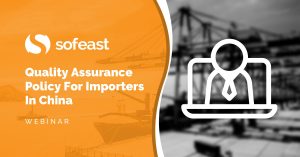