You are here: Home / Sourcing New Suppliers / SE Asia and India are more competitive than China on wages as of 2021, but should we abandon China? 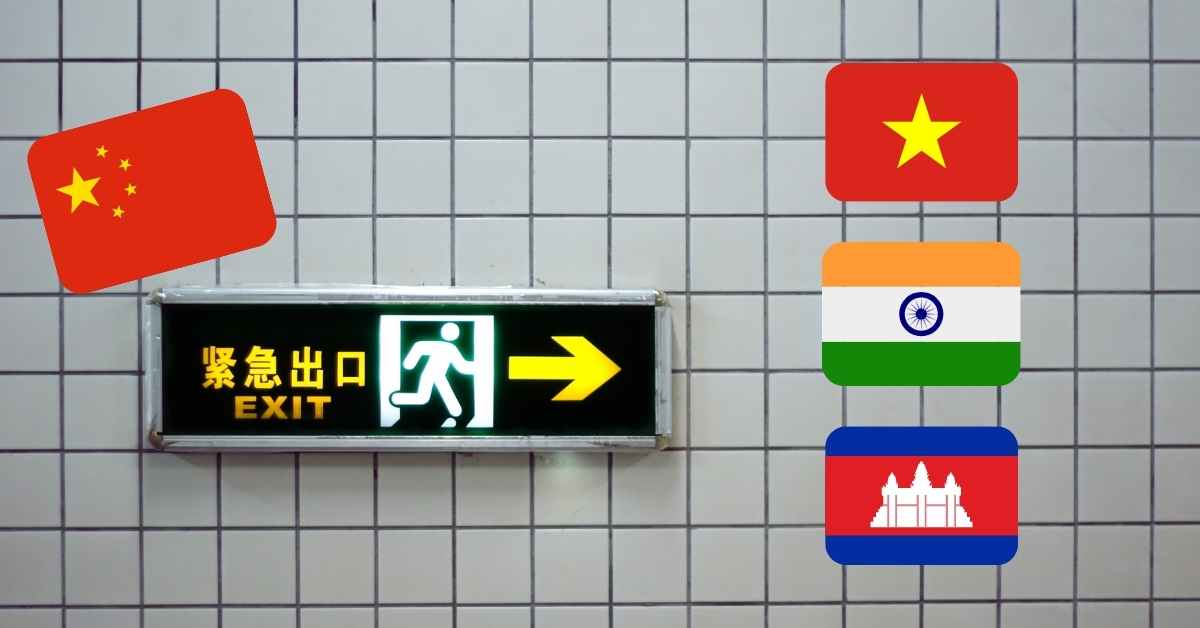 We started comparing the average wages across Asia in 2015 to help importers decide which country might be the best option for them to source from.

As I mentioned before, you need to consider the following data (among others):

Back in 2015, China’s increasing wages were followed by other neighboring countries. Its ‘real’ cost of skilled factory labor, which is much higher than the minimum wage (shown in our graphs below, as it is easy to track), was already higher than that of the other countries we compared it to.

By 2018, the difference had grown. It’s been quite clear for years that other Asian countries are better suited for making simpler and lower-cost products, such as basic footwear and clothing.

Let’s look at the average minimum wage changes for some of the key manufacturing countries in Asia (we’ve now included India, as this is a country of interest when we compare it to China, Vietnam, etc):

It’s clear to see that India, Cambodia, and Vietnam are more likely to provide ‘cheaper’ manufacturing than more expensive neighbors China and Thailand, although their wages have tended to plateau in recent years whereas we see them growing in Cambodia and Vietnam more rapidly.

Note that, although China’s wages are almost certainly higher than those of, say, India, in many manufacturing niches, China provides infrastructure, expertise, and sometimes productivity well in advance of its cheaper neighbors.

The source of these data is https://tradingeconomics.com/china/minimum-wages. That’s a very imperfect source of data, by the way, especially for China where every city sets a different minimum wage. In Dongguan, for example, the minimum wage has kept increasing, and the real cost of trained factory operators is much higher.

Let’s look at another interesting factor to take into consideration.

Currency variation against the US Dollar

A fluctuating currency against the USD is a source of high risk. It could have a negative effect on your business as it is harder to estimate costs and pin suppliers down to set pricing.

China and Cambodia have offered relatively stable exchange rates against the USD, whereas the other countries have swung more wildly, which can cause a headache for importers.

This data helps us to get an overview of these Asian countries’ competitiveness in terms of cost to buyers. It is no shock to see that China’s average wages are higher than those of Cambodia, for example, and it looks like Vietnam, Cambodia, and India will still remain competitive on cost for some years even though they are mainly seeing an upward trend in wages themselves.

However, high costs don’t necessarily remove China from the reckoning as your manufacturing base as we wrote about here:

China can be hard to beat for all but the lowest cost and most basic items. In many cases, the decision hinges on the following factors:

What’s your take? Tell me by leaving a comment, please.