You are here: Home / Quality Control Tips / How to test the protection of your products during transport

This is the third article where I reproduce the insights from Kevin Howard, a consultant with deep experience about packaging issues.

Our previous Q&A are on The importance of packaging optimization and Saving money thanks to better packaging.

Question: The ISTA 1A procedure (of letting a carton drop on the floor 10 times in a row) is widely used by third-party QC firms. Many factories refuse it and argue it is too hard on the cartons. On the other hand, some clients told me their standard was stricter. Is this procedure adapted to all consumer goods to be exported from China to Europe/the US?

Answer: Every company sets its own test requirements…there are no international rules requiring products to pass specific tests unless the product is a controlled substance of some sort.

Many companies use standards such as ISTA (International Safe Transit Assoc), ASTM (American Society for Testing and Materials), JIS (Japanese Industrial Standards), and others. If one compares these standards, you’d find that no two are identical. This means it may be possible to pass one set of tests but not another, even though the products end up next to each other on the store shelf.

The problem with standards is that they know nothing about a specific product and its supply chain. Seeing that no two products and supply chains are identical, then why should different companies use the same test standard?

ISTA 1A is a test that verifies some minimum amount of protection, thus helping reduce business risk of catastrophic failures, but it does not purport itself to simulate actual hazards found within a specific supply chain. There have been no studies to indicate that a product would be dropped 10 times from a maximum height, so the drop test may well be excessive. At the same time, because the standard neglects certain orientations, it may cause a company to excessively package a product and yet still see damages because of a particularly weak orientation having not been tested.

One of the issues with test standards is that none of them call for margin testing, where one tests until failure. Instead, all of these standards are go/no-go tests, but what would you do if you found out you could pass not only the 30” drop, but 48” or 55”? Wouldn’t you want to know that and then save some money by reducing the amount of materials and the size of the box?

Both ISTA and ASTM have standards that allow the user to employ knowledge about their specific supply chain into a distribution simulation test. Very few companies have taken the time to survey their distribution system and see how things are handled and whether or not there are consistent failures occurring. This is akin to a product designer who decides not to plug in his new design and only guess that it works fine.

It is impossible to have good laboratory tests without witnessing the supply chain in a variety of places. Not only is it important to see if anything is failing, but also to know how well things survive.

Unfortunately, those products used the exact same packaging for shipments through Europe, the US and Japan, all of which had far more benign handling. Why would one use the same package for the worst environment and the best environment? Because they had only one test standard to pass in the lab, which was fairly abusive.

Seeing that sales in India represented about 1% of total sales, it didn’t seem to make much sense to employ the same abusive test standard for the 80% + of units traveling in developed nations.

So, here’s the secret: testing is vital to limit business risk, minimize damages, and provide a good experience to the consumer, but to really minimize costs for materials, damages, shipping and handling, testing must incorporate far more than the basic tests prescribed in ISTA 1A.

Keep reading even more about packaging in these resources…

Just hit the image below to read it (no downloads required). 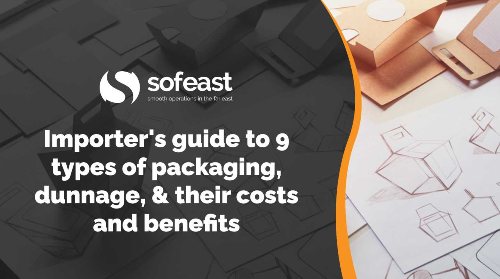 It includes plenty of information: