You are here: Home / China Insights / What the Wuhan Virus Means for Importers of China Products 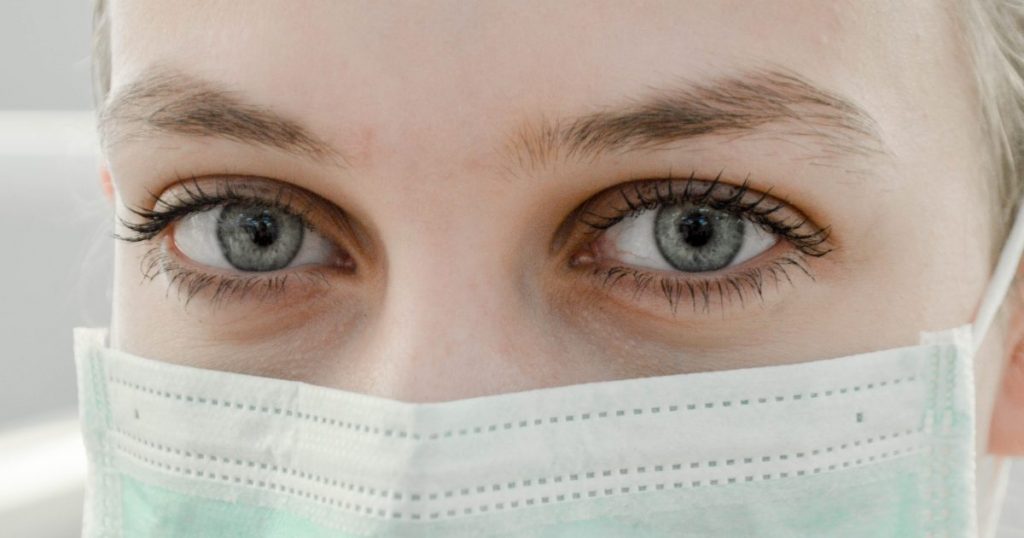 As this new coronavirus is spreading at an astonishing speed, it will probably have a much greater impact than what importers expect.

Dan Harris wrote about all the implications from his point of view, and he made some good points. In this article, I simply wanted to make sure importers know what the situation is and how it might affect their suppliers.

It is now a national emergency in all of mainland China. The Wall Street Journal just wrote:

“We are now in a critical period of prevention and control,” Ma Xiaowei, head of China’s cabinet-level National Health Commission, said at a press briefing in Beijing on Sunday to deal with the unnamed coronavirus that has infected more than 2,700 people and killed at least 80, most of them in central China’s Hubei province.

These numbers are very probably under-estimated. If someone is sick and goes to a hospital (or, as is common, to a small clinic) that doesn’t have the proper test kit and/or is already too busy, it doesn’t count in these statistics.

To understand the situation, here are a few facts:

What are some manifestations of this exceptional situation?

Facial masks have been sold out for some time in China and Hong Kong. Some Amazon sellers in the USA are getting out of stock, as people are buying them and shipping them to their family & friends in China.

Here is a photo of a taxi driver in Beijing who is still working but taking all the precautions he can: 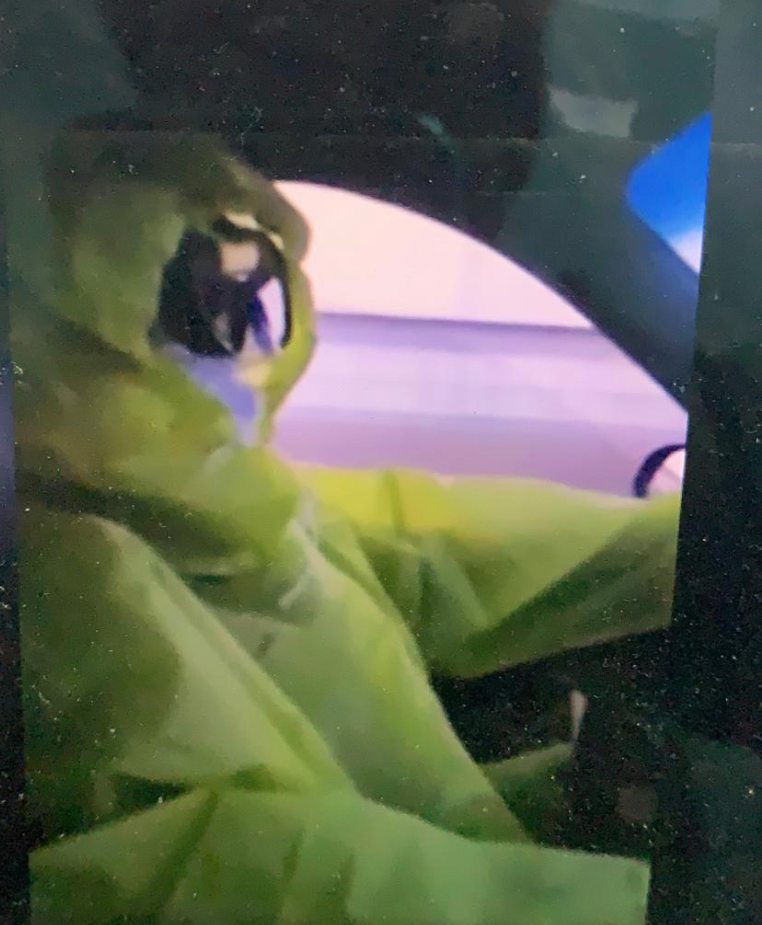 Wild rumours are circulating everywhere in China. For example, I saw in Linkedin that people emptied some supermarkets’ shelves: 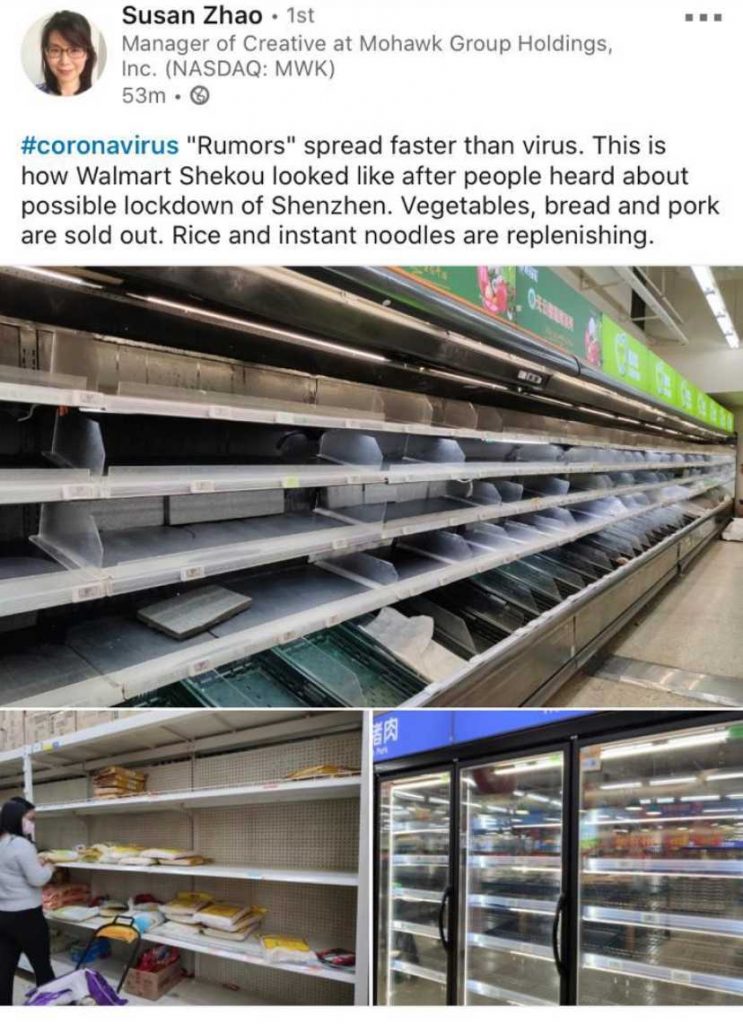 Some journalists and some citizens are taking videos in Wuhan and reporting on the situation. It seems hospitals are totally overwhelmed, with dead bodies in the hallways and so on.

How will this affect the manufacturing sector?

The short answer is, nobody knows. It’s all pure speculation here.

Here are the key questions:

Will workers come back?

Many of them went back to their home towns. They will probably wait longer before returning to work. If the situation gets worse, they might wait for months.

There is a special case — the migrant workers from Hubei province and more particularly those from the Wuhan area. Some may be infected (maybe without knowing it). They may be unable to leave their city. If you have been working with a factory where the management and/or the operators come mostly from that area, that factory might not re-open…

What will be the conditions to resume production?

The government might simply postpone the opening of all offices and factories.

In the absence of government decisions, it will make sense to enforce certain rules (e.g. masks and gloves for all workers, regular disinfection of certain areas…).

And let’s not forget the governments of importing countries. They might also impose strict rules for certain products.

Your assembly suppliers might get back to work, but some factories in your supply chain might not re-open for several weeks… or ever. Be ready to look for new sources.

Is it desirable and realistic to start manufacturing in another country, to reduce exposure to China?

I guess many buyers are starting to think about this. Unfortunately, if you haven’t already taken a few steps in that direction (finding and qualifying suppliers, having them work on the development and a small order initially), it will take months.

If your orders are relatively small and if you can’t afford to pay a higher price, you will probably not find any good option in Vietnam, Thailand, or Indonesia. There has been a rush to those places from other buyers, and most manufacturers can’t take any more business.

If some products were already finished before the New Year, can we still ship them out?

Logistics should still function as usual in the next few weeks. This will probably be no problem.

Will many factories NOT re-open after CNY?

If the owner or the key manager is sick/dead, it is usually the end for small organizations.

If the death toll keeps rising sharply, and if the economy takes a serious dive, many factories that could re-open might choose not to.

How will this affect your employees on the ground?

The best, for now, is to focus on prevention:

If an employee is infected, you will have to keep paying her salary, according to a new law. Anyway, avoid firing people, as the rest of the team will remember you are not an employer that can be counted on.

Do you have foreign employees on the ground? Push them to take a flight out of China. Better be safe than sorry.

And, if some of your employees are traveling on holiday, be in touch with them and make sure they know the situation. They might decide to extend their travels!

The worst scenario is that the contagion gets totally out of hand, the death toll rises fast, all transportation is locked down in China & Hong Kong, and all economic activities are hurt very severely. At this point in time, I don’t think anybody can exclude it.

What are you seeing? Has your business already been affected? If so, how? Tell me in the comments, please.

Read even more about this topic in this post: Diverging Views on the China Virus Outbreak: Whom To Listen To? – In this post, I will suggest some different viewpoints about the ‘real’ figures about the virus’ infection so you can make your better-informed decision, and also some useful tips on how to stay healthy when faced with the Wuhan coronavirus.