You are here: Home / Quality Control Tips / Failure Analysis: An Activity You Hope You Won’t Do! 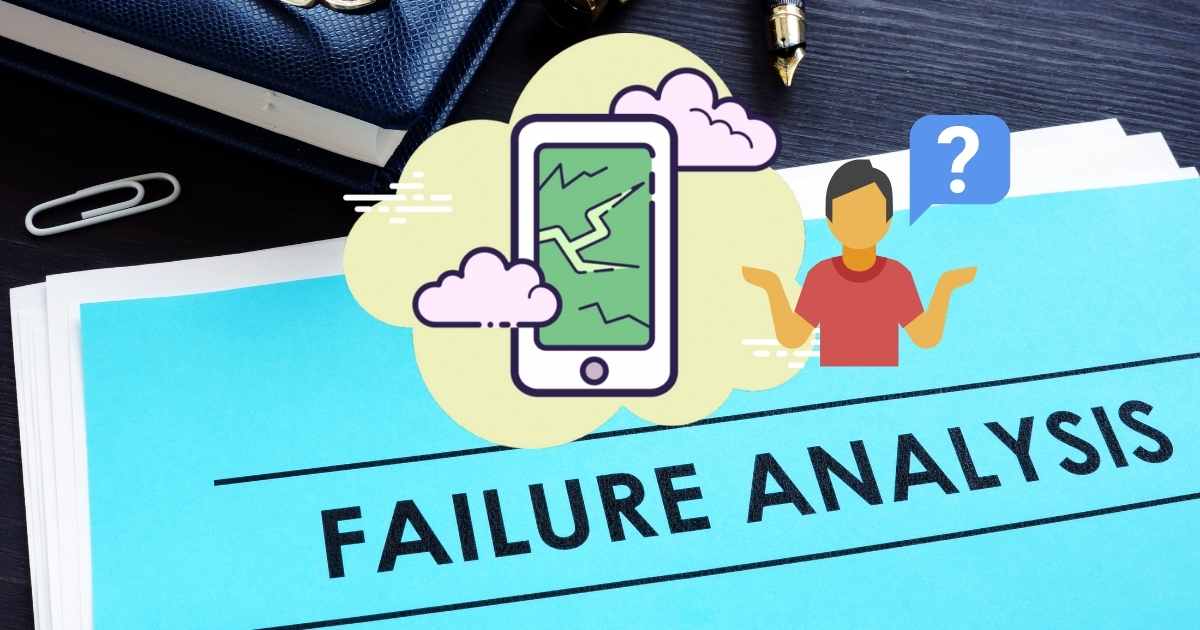 A product failure analysis is an activity manufacturers hope they’ll NEVER need to do.

If something has gone wrong enough to warrant doing one, you’re probably experiencing product quality or safety issues that are so severe that customers are returning them in numbers, or even, at the extreme end of the scale, getting hurt!

If you are hit with quality, reliability, or safety problems with your product during development or, more likely, in the field, it may be necessary to help you pinpoint the issue, decide what kind of corrective actions are required, and contain the problem. However, it must be said that it’s not a popular activity amongst smaller businesses, perhaps to their detriment.

Luckily, there is a tried-and-tested product failure analysis methodology you can follow…

🎧 How to do a product failure analysis?

Why many factories have an ineffective ‘firefighting’ or ‘scattershot’ approach to problem-solving that doesn’t work well.

Factories often scramble to fix a problem but don’t end up checking results to confirm if it worked or analyzing and understanding why the problems occurred. Often the boss or engineers jump to a conclusion with no analysis based on a hunch from their experience which may actually be the wrong fix and this gets carried out, solving nothing. If a component supplier made a mistake, for instance, your manufacturer may just claim they’re going to get tough on them, but there’s no system in place to do so, therefore the customer has no idea if this issue will reoccur or not. Furthermore, no record may be kept of fixes meaning that in the future staff have nothing to refer to if they encounter the same or similar problems (assuming that a fix was right in the first place). (01:18)

What kinds of problems warrant performing a failure analysis?

Failure analysis may be required in these 2 scenarios:

prototypes are made and they might not function as planned and fail in an unexpected way. In simple products (like playing cards, for example), the cause is often easier to find and experienced teams can jump straight to a fix without doing failure analysis. For complex products or products where failures could be dangerous, such as medical devices, engineers doing a structured failure analysis is preferable at this point. The analysis needs to be documented, used when developing the next build, and implemented in the next round of prototyping which will then be checked to validate that the problem is now solved. (06:27)

After products have been shipped

Most of the time failure analysis is done after products have been in the field for months and product reliability issues occur leading to user complaints. Reliability issues usually appear later and often stem back to product design deficiencies, but swiftly making a design change to fix the problem without re-testing, verifying, and validating it can cause even more issues. It’s better to do a failure analysis first to understand the causes of the problem by looking at all possible information and deciding on a logical next step (further testing, design change, stop production, inform a government body, product recall?); especially for safety-related failures. In the case of the Philips medical device product recall, they would be obliged to do a failure analysis by USFDA 21CFR code or the EU MDR regulations, as regulated products like this are legally bound to do so if there are failures that could cause harm.
Ultimately, the results of the FA help you to improve your product validation process for the future and avoid similar mistakes. (09:41)

At Sofeast we use adapted failure analysis methodology coming from tried-and-tested FRACAS (failure reporting analysis and corrective action system) and MIL-STD 785b.

First, decide who will work on this analysis and what the timelines and project context are.

Closing the loop is critical. Confirming and validating that issues have been corrected by doing thorough quality, safety, and reliability testing (similar to what was or should have been done during new product development). (19:02)

Have you performed a failure analysis? How did it go? Let me know by commenting, and contact me if you have any questions.