You are here: Home / Quality Control Tips / Use a Corrective Action Plan after a Failed Inspection 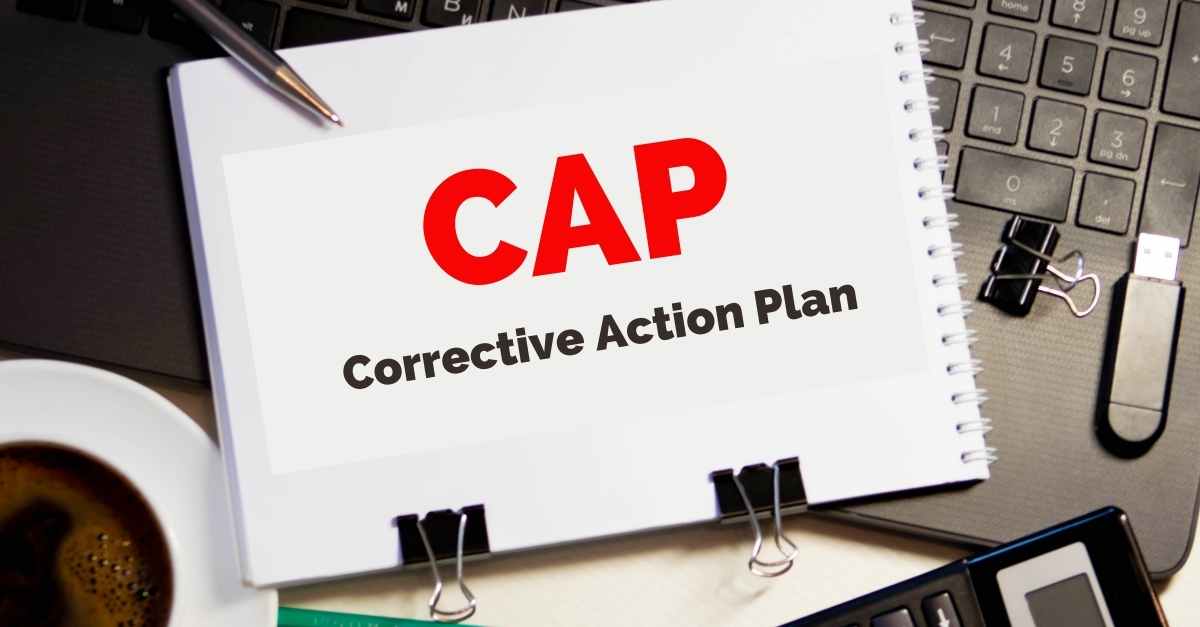 So, the inspector sent you their report, and you see quality issue(s) that you cannot accept in some of your products. It’s classified as a failed inspection, and you tell the supplier about the issues. This is where a corrective action plan will be helpful to find and eliminate the cause/s of the issues…

Quality issues have been found. What next..?

You want this batch to be fixed, now (that’s a “correction”). And you also want to make sure those same problems are not likely to come back in the future (and that requires “corrective actions”).

Now, what are the next steps?

In a previous article about dealing with quality problems, I described the appropriate steps as follows – you’ll see quoted sections from that post below and some of my recent thoughts on the points:

P.S. If you want to learn about corrective action plans, go straight to step 5.

1. Understand the nature of the quality issues

[Note 5 Jan. 2022] First, it may not be an issue. It may come from an error in the way to measure/test/evaluate the products. Double-check that point before you project any negative feelings…

Hopefully, you got many photos and descriptions of the problems. Maybe these “problems” are actually acceptable. If not, you need to wonder:

Explain patiently what the problem is to the supplier. If that was already done but the results were not satisfactory, and if you have no obvious reason to suspect your supplier of dishonest behavior, you have to assume it is due to a communication problem.

In many cases we had to send someone in the factory to explain what their customer really wants. If you can do this yourself, this is great. But try to document it and get it approved in writing by the supplier — that’s how you can  push them to rectify their mistakes later in the process (provided they are honest).

2. Ask your supplier for information and for an action plan

I drew a simple flow chart a few years ago and it is applicable in most situations. But you should involve your supplier in the decision for better results.

What do they think? Let’s say 30% of production is defective: can it all be reworked? Even the worst defective pieces? Can they rework 3 pieces and show you photos of before, during, and after rework?

[Note 5 Jan. 2022] The people repairing the goods may introduce new defects or weaknesses. If the products need to pass certain tests, it is a must to confirm that the reworked pieces do also pass that test. And, if it may lead to safety issues, you should define or approve an instruction on how to conduct the rework and conduct a risk analysis (that’s a must for medical devices as per ISO 13485, for instance).

Is it realistic to remake a small batch as replacement? How long would it take? (Usually they refuse this, but on occasion it is negotiable.)

If you you prefer a ‘short shipment’, how long would it take them to sort out the good pieces? Depending on your deadlines, you might ask them to send the acceptable 70% first — or to send, say, 20% by air now because you can’t delay certain deliveries to customers.

Will the supplier accept to re-produce some pieces AND send some goods by air at their cost AND pay for a second inspection? Usually they will resist. At this point, a strong contract that includes the right terms and was signed & stamped by the supplier will help a lot. If that was not done before you sent the deposit, it is certainly too late…

(In addition to the reluctance to spend money, there is another common source of resistance: the fact that you work with an intermediary that has no control over the manufacturer. Your direct supplier might want to get things right, but the factory just refuses because they don’t know you and and they have no reason to believe in long-term business. This is quite common.)

3. Ask your supplier to correct the situation

In the worst case, the supplier adopts a “take it or leave it” attitude. Then it comes down to a business decision and every case is different.

Hopefully your supplier accepts to do something. It doesn’t mean they will really have an impact, though. From experience, there are mainly two dangers:

What to do to avoid these issues? We have been applying the following recipe with good success:

– Prepare detailed work instructions (illustrated with clear photos) on what needs to be done. It means we usually have to go to the factory, or we need a few samples in our office.

– Explain the customer’s standard and the steps to follow to the right people in the factory, and follow up on what they do. Again, it often means we go to the factory. But sometimes we get good results with tools like Wechat and Skype, with large exchanges of comments and photos, if the factory’s salesperson is involved and motivated.

[Note 5 Jan. 2022] If you are confused about the meaning of “correction” vs. “corrective action”, please see the comparison tables in this article.

This one seems obvious but is often forgotten. Double-confirm that the original issues were fixed and that no new issues were created during the factory’s rework.

Real story: an importer paid us to check quality, we found issues, their supplier promised to fix the situation, the batch was shipped without a re-inspection (we were not consulted), and in the end we were blamed because there were still issues!!

5. Corrective action plan: address the problem at the root, in order to prevent a recurrence

What is more frustrating and expensive than a production quality issue?

If you don’t want to suffer the same problem over and over, you need to work with the manufacturer so they implement appropriate action(s) in a corrective action plan.

Here is an approach that can work well (note, there are many ways to set up a corrective action plan, but some of the steps can’t be skipped…).

Now, the problem is, it is often badly misused.

The most common trap is actually to go without a plan, in an unstructured way. It often goes as follows:

There are a number of issues in this interaction:

That’s why I always suggest that, if a problem is big & costly enough to warrant a strong complaint, it should be dealt with in a systematic manner.

A very good tool for this, that has gotten quite popular over the past 20 years, is the 8D (or “Eight Disciplines”). It is a highly structured way of analyzing a quality ‘escape’, defining it, going down to root cause(s), setting up a corrective action plan, implementing the plan, and following up over time to confirm the countermeasures are still in place and do have the intended effect.

I shot a video on how we fill out our 8D template you can watch here:

Most manufacturers in China or Vietnam don’t do a great job filling out an 8D report. They need some hand-holding, and sometimes it is done jointly in a Zoom/Teams/Skype call. It takes some practice to get it right… but hey, fixing a problem at the root properly does take some experience.

Now, everything I wrote in this article is reactive, after issues have come up and you have been given a report of a failed inspection.

However, you should aim at spending at least as much time in preventive activities (picking better suppliers, working with them to upgrade their systems, making your products more robust, etc.) as you spend in reactive activities.

Does that make sense? Do you use a corrective action plan with your suppliers when issues are found? Let me know, please.

Editor’s note: This post was originally published in September 2009, and has been updated and republished in January 2022.