You are here: Home / China Insights / Beijing’s Efforts at Upgrading its Manufacturing Sector by 2025 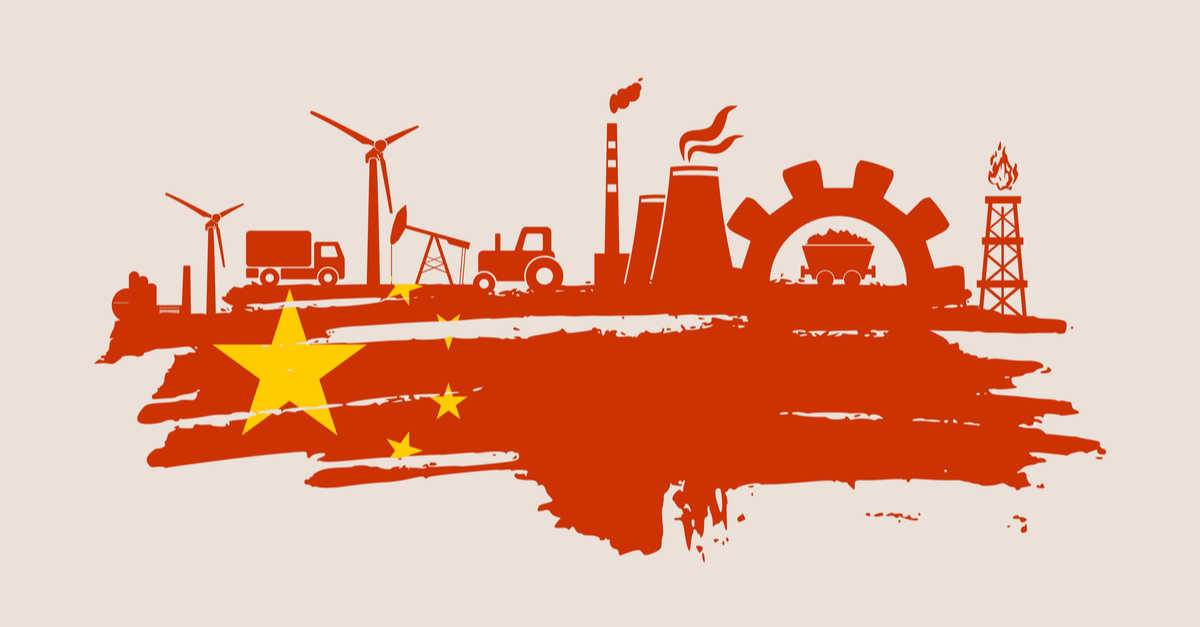 The European Union Chamber of Commerce in China just published a report entitled China Manufacturing 2025. It is well researched and well written.

It starts by describing the current situation:

For a generation China has been the factory of the world. In 2015, it produced or assembled:

While these statistics are undoubtedly impressive, a close evaluation of China’s manufacturing industry reveals the extent of the challenges that it currently faces. The production that China accounts for in many of these industries is still very much low value add and energy intensive, not to mention highly polluting, which is a source of increasing social discontent. To address these issues China plans to upgrade its industrial base and to compete in more advanced market segments. This is an admirable and understandable aspiration for an upper- middle income country that aims to break through to high-income status. It is similar to the transitions undertaken by Europe in the early to mid-twentieth century, and Japan and South Korea over the last fty years.

The challenge for China is to capture more of the value added by doing more than just manufacturing. This curve sums the situation quite well. 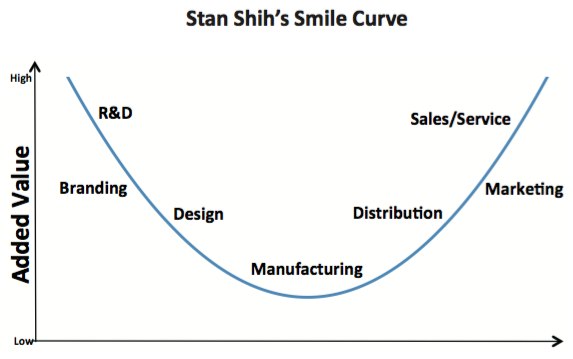 To achieve that goal, Beijing is working on an ambitious Made In China 2025 initiative. Much has been written about it, but I thought this table would be quite interesting. 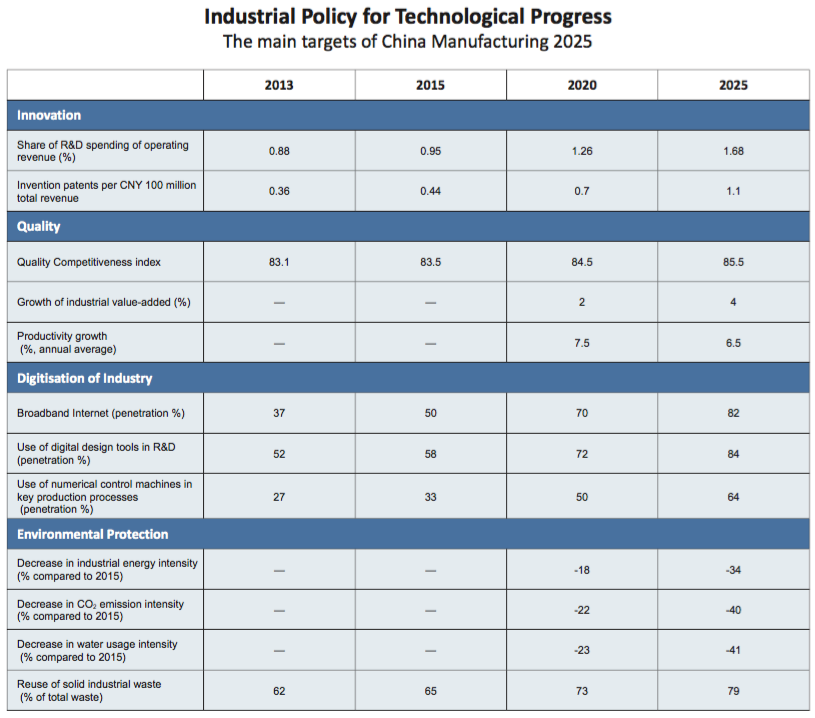 I heard more and more instances of polluting operations getting shut down, especially in Shenzhen. Environmental compliance is starting to be a very serious topic…